A young Jewish man in who wore a kippa on the street in Berlin today drew the attention of a culture-enricher, who attacked him with a belt. The victim recorded the assault with his phone and posted the video on YouTube.

He said: “I was attacked today by two people, simply because I wanted to walk the street with a kippa. I wasn’t expecting anything that bad… particularly not in Berlin!!”

[Update: YouTube took down this clip, so I’ve replaced the YT embed with the BitChute version.]

A Berlin court will probably throw the book at the young miscreant. I expect him to get at least three weeks of probation. 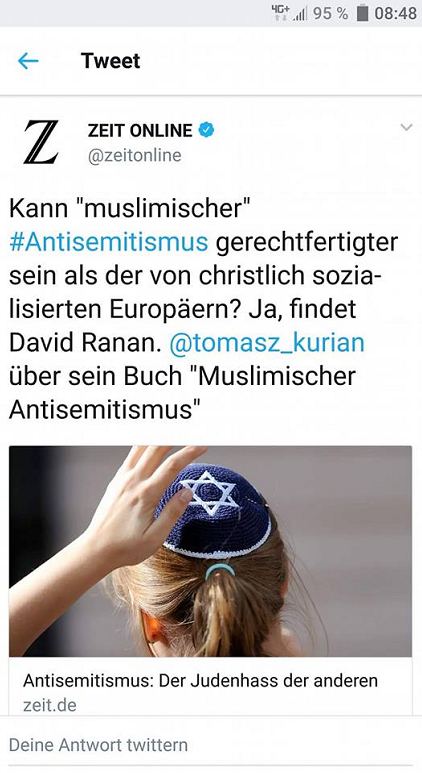 5 thoughts on “Some Hatreds Are More Equal Than Others”