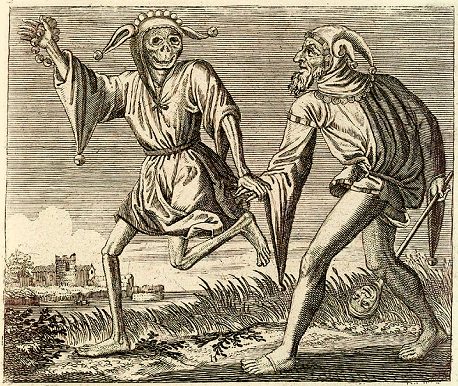 Below is the latest essay from the inimitable Hans Heckel, this time on the financial shenanigans of the EU elites.

This is an analysis of, among other things “European” versus “German,” a rather different view of Macron than we are getting here, and a continental view of educational “mainstreaming” (and fun with politically correct euphemisms).

How the sand got into the gears, why we can’t waste time, and why the schools are expected to produce idiots.

The Satirical Week in Review

Everything used to be simpler. 10, 20 or 30 years ago, when the EU wanted more money from German taxes, it only had express the wish to Bonn — later Berlin. The reply was friendly, and possibly with a solicitous query, “Could you use a little more?” The Bundestag politely stifled any objections. Basta.

Sand first drifted into these well-oiled gears with the save-the-euro shields. Resistance stirred within the Union [CDU/CSU], but even more within the FDP. Nonetheless, the party heads put their agenda through. For the Liberals [FDP], with a deadly result: So many FDP voters defected to the brand new AfD in the 2013 Bundestag elections that the FDP dropped out of parliament. When French President Emmanuel Macron announced his next big fishing expedition in German financial waters a year ago, the FDP remained reserved. Shortly thereafter it returned to the Bundestag with fanfare, while the Union fared badly and, to top it all off, the AfD took over as lead opposition.

That is the situation everyone has to adjust to. Everything mixed up.

Macron wants a European finance minister with an independent budget and a European currency fund. Further on the wish list of the southern European countries led by Paris are a bank union, a debt union and especially a common deposit protection fund through which Germans with savings accounts would help failed Italian banks.

Should the Grand Coalition simply agree to this, as it has done before, AfD and FDP would be the big winners. This calls for skillful handling. CDU/CSU say they want to put on the brakes. The Greens leader Annalena Baerbock sees this as sacrificing European solidarity, and so does the Euro-politician Elmar Brok and his party friend and EU commissioner, Günther Oettinger (“unacceptable”). Even the SPD has a part in the drama: Andrea Nahles is with Macron, while the new minister of finance, Olaf Scholz, on the contrary cites the doubt about what the skeptical voters would perceive and reward as a defense of German interests. To all the theatrics Angela Merkel says nothing, as usual.

From a distance, this looks like a real disagreement. And it is intended to, so that no one who voted for the Grand Coalition parties senses betrayal of his interests as a German taxpayer and savings account holder, and drifts into opposition.

Closer inspection reveals a significant detail. The critics within the Grand Coalition are only asking that satisfying Macron’s appetite, i.e., putting the Paris proposals into effect, should be slowed down. There is no question of a simple “No.”

In other words, the “critics” want to chop this indigestible entree into little bites and offer it to the German mouth piece by piece. That way, it won’t stick in the throat and the Germans will swallow it down. The end result is the same.

It works! So why are Brok, Baerbock and Co, so excited? It is the time problem. There may not be much time left for the bite-size method. Italy’s banks are teetering. Like the “Monte dei Paschi.” Which is said to have loaned an estimated 50 billion euros to people whose names no one knows. The word is, the money is as good as gone. At some point, the time will come when schlepping bankruptcy along will no longer work. Other Italo-banks are said to be deep in the debt morass — as good as done for. When there is a crash, which can happen at any time, someone has to pay the piper. And what does Macron need? He wants to make big reforms, but doesn’t have the money to soften it so his people don’t climb all over him. So he badly needs money, too.

There is no time to waste. Oettinger and Brok know that. They are sitting in Brussels and nervously watching the sweat-covered foreheads of their Italian colleagues.

As things are now, whenever the failing Italian banks go under, they should be “saved” by Rome or their Italian shareholders. What a scandal that would be! What an uproar! It would be good only for the populists. It would be far more “European” and far more “common-good” to take the money from a security fund made up of rock-solid German savings accounts. Right?

Europe is based, after all, on firm ideals, primary among which is a tried-and-true socialist rule which says: Distribution of wealth shall take place until everyone is equally poor — the lazy and the industrious, the frugal and the spendthrifts. (The only ones who get rich in this process are those who have been able to dig deep tributary canals to the main distribution stream, like the ominous debtors of the “Monte”-bank.[1] Money is never gone — it has just found another place to be.)

To preserve the solidarity of Europe, coming generations must be raised from the cradle in the socialist ideal of equity. Policy is at work with great determination on that ideal, clearing all obstacles from its path. One such obstacle is the director of the Bremen gymnasium. This lady is objecting to intellectually challenged children being mainstreamed in her secondary school (“inclusion”). Unless she is given the resources for the support of the handicapped.[2] If not, all the children will suffer — the handicapped as well as the normal[2]! The school director has made this complaint, because the state of Bremen has no intention of fulfilling these conditions. This impertinence reveals that the educator has failed to understand anything — or is simply malicious.

The children? It has nothing to do with them! The idea is to flatten high schools, so that ultimately only “unity schools” are left. And it is also the goal to lower the educational average to a level that is politically manageable. Anyone infected with math skills above the Simple Simon level tends, among other things, to doubt socialist models.

So it is a clever chess move to attach a class of 19 ordinary students to a contingent of five students who are intellectually handicapped, or, as one says now, students with “original demeanor.”[3]. Instruction will undergo basic change. Normal students and teachers will be so busy refining their “social skills,” that there will hardly be time for old-fashioned “fact learning.”

Students formed in this manner will, as citizens, never be a thorn in the side of their political leadership. They can blithely be plundered through “redistribution,” zero-interest loans or higher and higher taxes. If they should happen to notice, they can be fobbed off with some nonsensical explanation. They don’t see through it and have been taught since they were knee-high that adaptation and compliance on all sides count, and “accomplishment” and “knowledge” do not. Such colorless idiots are a real boon to their leaders.

7 thoughts on “Send in the Idiots”