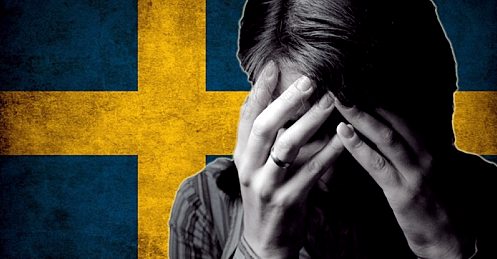 In March 2018, one year after two Arabs raped Agnieszka Wisniewska in Sweden, she decided to tell her story. She says the police did not attempt to solve the case and she had to wait eleven months for a psychologist to help her overcome the trauma. Wisniewska came to Sweden from Poland in 2007 because she wanted to live peacefully. She had read in the newspapers that Sweden was a great country for families with children.[1]

She found a job and was leading a normal life in Stockholm until the day of the crime. “It was just a day like every day: Shopping, returning home with a bag of bread and food for the cats. It was dark as I neared home. There were two men near my house. I felt threatened. So many women are afraid to go out in the evenings now; this feeling seemed quite real. It was like this: These men passed by me, then they grabbed my jacket and pulled me into the forest… and the whole situation began.”

Although she fought back, Wisniewska was violently raped. She was shocked by the total lack of respect the young Arab men had for her life. She was kicked and beaten. They grabbed her head and smashed it against a tree trunk. Cars passed by only a few hundred meters away. When she saw a truck nearby, she summoned her last strength and shouted for help. That scared the rapists away, and she was able to call the police.

After the police came, she was taken to a hospital for a forensic examination and care for her injuries. Later, she was called by the police and asked to testify over the phone. But her children were home and could hear the conversation, so she suggested that she would prefer to give her account of what happened at the police station. “No one ever called me again. I was not given the opportunity to give a statement at the police station. There was one witness, a cyclist who passed by during the attack and who stopped to help me. He is a Polish neighbor of mine. His contact information was given to the police, but no one ever contacted him. No one asked him what he had seen or what he remembered. The police never even contacted him,” Wisniewska states.

When the victim tried to consult a psychologist about the rape, she was told by the clinic that she had to wait because “refugees have traumas, too, and have priority.” The badly traumatized woman had to wait eleven months until her partner finally said they would contact the media and sue the clinic.

Wisniewska claims the situation in Sweden is so dangerous for women that they are afraid to go out alone after dark. Because of that situation, she is now thinking about moving back to Poland. In the meantime, she tries to help other victims of rape.

Seven out of ten Swedish municipalities have increased the level of security at their schools in recent years.[2] This has become necessary because of a rising number of violent incidents and physical threats against pupils as well as staff. Sweden is no longer a safe place to grow up. It is not a safe place to grow old, either.

A substantial number of elderly Swedes currently live near or below the poverty line.[3] Meanwhile, a survey of 244 Swedish municipalities showed that 23, almost one in ten, were giving welfare benefits to failed asylum seekers and illegal immigrants. The state broadcaster SVT reported this in March 2018.[4]

Because of a severe housing shortage in many cities and towns — which is partly caused by mass immigration — some elderly Swedes have even become homeless.[5] A report from late 2017 claimed that Swedish students and other vulnerable groups have been sent to the back of the housing queue. The authorities thus sometimes prioritize recently-arrived asylum seekers and immigrants over the country’s native population.[6]

The police warn that certain gangs have specialized in stealing from vulnerable elderly people. The victims, sometimes in their 80s or 90s, are robbed while going to the local store to buy food.[7] The criminals often have a foreign or immigrant background. Incidents like this probably make many elderly people reluctant to go out in the streets in a society they no longer recognize. Unfortunately, staying at home is not always safe, either.

Some criminal groups target elderly victims in their private homes, to scam them or assault them.[8] In February 2018, a Swedish woman in her 70s in the municipality of Borlänge was robbed in her own home. A woman armed with a knife threatened her and tied her to a chair while stealing her personal belongings.[9]

On August 31, 2017, a 97-year-old woman named Elsa was physically assaulted in her own home in Malmö by four young men who threatened her life.[10] The perpetrators were Muslim immigrants and asylum seekers from North Africa. They damaged her property and stole her wedding ring, a memento she had of her late husband.

Numbers from early 2018 showed that about half of the recently-arrived immigrants and asylum seekers in Sweden lacked basic education.[11] It will be extremely difficult for them to get any kind of meaningful job in a modern economy. Many traditional forms of manual labor are gradually disappearing because of automation and the use of increasingly sophisticated robots and computers. Just like the rest of Western Europe, Sweden is thus mass importing people with a very different cultural and ethnic background. Some of these immigrants may be unemployable. This is a recipe for disaster and massive social tensions in the future. 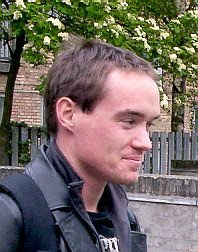 Kent Ekeroth was not renominated by his party for the 2018 elections. He then announced his decision to move to Hungary because its immigration policies makes it far safer than Sweden.[13] Hungary resists Muslim immigration but lets in Europeans. He praised Hungarians and their Prime Minister Viktor Orbán for valuing their own culture and defending European civilization. A further reason Ekeroth gave for moving to Hungary is that he will no longer have access to personal security once he is not a Member of Parliament. Ekeroth, being Jewish as well as an open critic of Islam, mass immigration and the EU, receives many threats.

The Swedish-Hungarian woman Natalie Contessa af Sandeberg has also decided to relocate to Hungary because the influx of Muslim immigrants has made life unsafe in Sweden, especially for women. She explained her decision to leave in a Hungarian TV interview from March 2018. She was born in Sweden, but after 40 years decided to move to her mother’s home country, Hungary. The reason for this is the lack of safety.[14]

Migrants sexually molest Swedish women, who rarely get help from other citizens because they are afraid of being stabbed or attacked themselves. The police are of little help. They usually don’t come. Even during the daytime at the metro in Stockholm, many people don’t feel safe. You can suddenly be harassed by a group of immigrants as young as 15 or 16 years old while sitting at a cafe. Young boys threaten you with a knife and steal your mobile phone and your bag. It is also getting more difficult for people to find a job.

Countess Natalie stated that she is not the only one who is now leaving Sweden due to the lack of security and protection. Some families with children are planning to leave, because in the schools, teachers are threatened with knives. It is no longer safe for Swedish children in the schools. They are not safe in the streets, either, but are often preyed upon, humiliated and robbed by immigrant gangs.

It is hard to verify the personal experiences of others. However, the negative trend she describes is unfortunately real. It is not difficult to find people who already have left Sweden or are seriously considering leaving. Many of them cite rising crime rates and declining personal safety as major reasons for moving abroad.

52 thoughts on “Fleeing From Sweden”