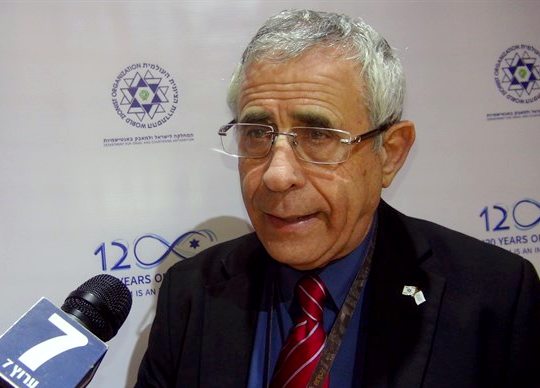 Dr. Mordechai Kedar is an Israeli journalist and an expert on the Middle East. He recently gave a talk in the Knesset in which he described the difference between what Westerners — including Israelis — mean by “peace”, and what Arabs mean. The difference between the way the two cultures understand the concept of peace has serious consequences for the West in the current clash of civilizations.

Below are excerpts from the article in Arutz Sheva about Dr. Kedar’s talk:

‘Those who seek peace are seen as losers’

Middle East expert Dr. Mordechai Kedar spoke at a Knesset meeting about how Israel’s neighbors see peace, and what Israel should do to achieve a true and lasting peace.

Slamming the Knesset,, he said, “You really want to stop the incitement? Have you ever closed a TV or radio station run by the Palestinian Authority (PA)? You always blame the Supreme Court, it’s time that you, the members of the Knesset, start functioning.”

“We are the ones responsible for the fact that Jibril Rajoub (a PA leader and terrorist — ed.) still walks free. PA Chairman Mahmoud Abbas gives money for terror — how come he is still the PA chairman?

“We are the ones guilty, not them. They do whatever we allow them to do.”

Dr. Kedar then explained what “peace” means to Israel’s neighbors…

Many thanks to RL for translating this video, and to Vlad Tepes for the subtitling:

Dr. Mordechai Kedar is a weekly columnist for Arutz Sheva and senior lecturer in the Department of Arabic at Bar-Ilan University. He served in IDF Military Intelligence for 25 years, specializing in Arab political discourse, Arab mass media, Islamic groups and the Syrian domestic arena.