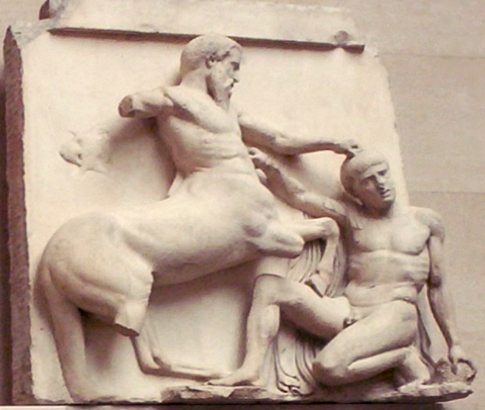 In Western democracies those few intelligent and ethical men and women who do achieve some sort of prominence in politics are ridiculed, then demonized and eventually then destroyed by the overwhelming majority of corrupt and fearful intellectual dwarves who surround them.

Furthermore, the metropolitan chatterati, scrabbling for a ride on the shirttails of influential plutocrats and kleptocrats and fawning, attention-seeking and often bodyguarded ‘celebrities — few of the latter having more than two neurons to rub together — cry wolf as the deplorable sheep cry for help. Yet those same sheep that make up the ill-informed electorate consistently aid and abet their tormenters via the ballot box. As a consequence all are lumbered with governments (in the UK those determined by a first-past-the-post system) which are representative only of a noisy and influential minority, not the so effectively disenfranchised majority.

However, history shows us that bread and circuses do serve a purpose, and this purpose comes to dangerous prominence when a body politic ignores, fails to understand or fails to correct the fundamental flaw in the theory of democracy.

“Where there exists a superimposed universal franchise, based on citizenship awarded through the happenstance of parentage and nativity — or simply for being a member of an imported and protected alien sub-culture — rather than upon the value of one’s contributions to the overall welfare and stable continuity of the collective entity, then eventually a tipping point is reached where the voting biomass of predators and parasites comes to outnumber the net contributors.

“Then no government so elected has any other option but to bleed the latter dry and to subsidise the former so as to sustain their electoral base. It is by such a process that the moral, cultural, social and fiscal wealth of nations hemorrhages away and the descent into conflict and chaos begins.”

This has come about because the people now in charge in most Western countries have dangerous fantasies about the future of society and the nature of man. The sycophantic mass media are just a virulent propaganda arm for those fantasists. Fellow travelers without a functional moral compass between them, they consistently deny that race is real, ethnicity is real and evolution is real, and that in the main humans prefer to live with their own kind for good reason, because all the evidence shows that diversity leads to conflict, always. And the current conflict that is all about us is illustrated by one defining characteristic.

“We in the West are a previously homogenous ethno-cultural entity that has been forced down by its ruling classes to such a moral nadir that it must turn a blind eye to the serial predation against its women and children whilst protecting and nurturing the predators. This is now the defining characteristic of the European entity as we totter on the precipice of extinction.”

Yet this righteous self-delusion in the name of Multiculturalism is not accidental, but the result of a sustained campaign of reverse social engineering, the aim of which has been to destabilise us by slowly eroding and eventually curetting our core socio-moral determinants. It is a process that will destroy our civilisation within a very short period, because it directly attacks and undermines the foundations of our nation states.

This is how it came about and continues to work: Over thirty years ago the NWO/Globalist fraternity began penetrating the protective outer fabric of Western society through a myriad of insignificant wormholes. It did not use frontal attacks with banners and bugles, but inflicted small, deep incisions artfully designed to wound below our perceptual horizon. Through these holes they then drip-fed us a hallucinogenic broth of disinformation and in addition engineered paradigm shifts in established wisdom by appealing to the reflexive liberal angst and pathological altruism of our chattering classes, academia and our consequently brainwashed younger generations.

These things, together with the constant pornogrification of our historic way of life, induced a state of collective cognitive dissonance where every outrageous oxymoron and categorical error was blindly absorbed without being subjected to rational analysis. We became intellectually destitute and morally obese — the fatted calf. Blair, Merkel, Obama, Cameron, Trudeau, their predecessors and the roiling cesspit of those who hope to benefit thereby have induced a terminal osteoporosis of the conceptual skeletons of our societies, skeletons to which the sinews of our once strong, functional homelands are now so tenuously anchored.

We are in deep trouble because our fatally weakened condition is not widely appreciated, and will only become fully apparent when something breaks. By then the globalists hope that both our will and means to resist will have been so sapped that we complacent masses will find ourselves unarmed and unorganised, naked, easy prey in the face of our enemies.

Let us hope that we wake up, tool up and move out soon before it really is too late.

— Seneca III, Middle England, as the green shoots of daffodils, the first harbingers of spring, poke their heads above the chill soil this 17th day of February 2018.