I like bananas, monkey nuts and grapes, but I don’t like cabbage and I simply hate cleaning the toilet after a drunk has vomited a five-finger spread all over it.

Is being a messy drunk a hate crime? No, it is perfectly acceptable, and I should just willingly grab my mop and bucket and try not to gag as I deal with the unpleasant consequences.

Alternatively I can say that Islamic immigration is going to have dire consequences to my culture and country. No foul smell, no case-hardened spew, just a true statement.

In many Western countries the above statement of truth is enough to get me banged up, unemployed and destitute, and that it is truth is just not relevant.

There is a narrative that crtiticising Islam in any way is just not acceptable, and it is increasingly mandatory throughout Europe. Here I am, an Englishman, sitting in Israel writing for an American blog. If I were still sitting in my native land I would be treated as a criminal because I deviate from this acceptable narrative.

Just who is hating whom?

The narrative demands that I keep stumm where the truth is considered ‘hateful’. I can point out that Jooz own the world, and because that is part of the narrative it is therefore acceptable, but if I point out that Islam is a religion of extreme violence, whilst provably true, it is a “hate crime”.

However did we get here, to this moronic place and time? How did the Enlightenment itself unravel? 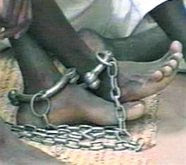 It took a long hard journey to get to enlightenment, from rule by warlord to rule by informed consent, and somehow we have lost sight of that pathway. Our forefathers fought to open up the way and many died for it. But we, my generation, then squandered it, daydreaming our way back into bondage, our good intentions backfiring on us in a big way. Maybe through kindness and benevolence we let down our guard, and unfortunately, those jealous of our success were just waiting for the opportunity to strike.

Is it now ‘hateful’ to hate tyranny.

There were two great commandments arising out of our Judeo-Christian tradition:

Jesus is then asked “Who is my neighbour?” and launches into the famous parable.

Whilst our societies kept these laws, things generally improved. Slavery, poverty and malnutrition were being eradicated from the land. But then society began to ignore the “first and greatest” and promoted the second outside of its secondary context as “like unto it”.

One gets a big virtue hit by loving one’s neighbour as one’s self, but we too need to ask “Who is my neighbour?” Is it the politician or the academic? Is it the robber? Or is it the despised Judeo-Christian (Samaritan) who picks me up, tends to my wounds and pays for my keep out of his own pocket?

People who come into a country in order to financially exploit it are not neighbours; they are robbers. They are the cause of all my woes not the cure.

In forgetting to love Yahovah with all our being, we lose the context of loving our neighbour and we generate a theological tumour. All men have religion, even if it is a religion of no religion. If they lose sight of the controlling factors of their religion then the cancer cells start to multiply and take us down destructive pathways where the ends justify the means.

One such destructive pathway that is now a festering tumour is the idea of ‘race’ as a defining quality of humanity. In days past, skin colour was a usable but not terribly accurate cultural indicator.

When we encounter somebody in circumstances where we may be vulnerable, we do an automatic threat assessment of the cultural factors presented by that threat. It is part of survival 101.

Skin colour and mode of dress are important factors in our threat assessment.

Lee Rigby was not murdered by white-skinned Mormons dressed suits and ties.

Whilst my threat assessment and subsequent actions should be personal and based upon my individual experience, the race-tumour industry seeks to demonise me if I make a decision that they consider contradicts their ‘ideal’ (another name for a religious belief).

So we have to pretend that the Islamic ‘race’ is intrinsically peaceful because the SJW oncologist demands it. And not only that, but I am required to treat Islam as the ‘neighbour’ when in fact it was the ‘robber’.

Loving one’s neighbour as oneself is both conditional and secondary to the controls defined by the first and greatest commandment. “If you love me, keep my commandments,” (John 14:15) says Jesus.

There is a corollary here: if you hate Jesus then you should destroy his commandments, make them obviously unworkable, and this is what the real truth of the ‘hate crime’ is actually about.

If we distort the Judeo-Christian ideal, we can make truth a lie and lies the truth. If we spin the word ‘neighbour’ out of its scriptural context, it becomes all-inclusive. Thus to deplore the ‘robber’ for his violence becomes a violation of the commandment to love thy ‘neighbour’, and we fall for it every time unless we are prepared to look it up for ourselves.

The scriptures define very precisely who is in fact our ‘neighbour’: it is the Samaritan. It is the person giving to us, not the person to whom we must give. The robbers, the priests and the scribes are NOT our neighbours because they beat us up, rob us or ignore us because they have other things that are more pressing in their lives and we are not important in their narrow world.

Our culture is Judeo-Christian, and we trust our leaders to be motivated in a way that is mutually and culturally compatible, even if secular, and herein lies the danger. For when Judeo-Christianity is disassembled and largely reconstructed around a ‘love all your neighbours’ concept, but devoid of its ‘Love God’ elements, it is no longer Judeo-Christianity; it is basically socialism. And socialism has a dismal record of murder, mayhem and ultimate failure.

Jews know that socialists hate Jooz and cannot therefore be trusted. Trotsky knew that a Jew could not replace Lenin as party leader and retain party political credibility amongst workers and peasants; their anti-Semitism was just too virulent. So it had to be Stalin.

Unfortunately, mainstream Christians as a whole have not yet had their Holocaust, and tend to be blind to the menace posed by the “principalities, with the authorities, with the world-rulers of the darkness of this age, with the spiritual things of the evil in the heavenly places.” (Ephesians 6:12)

Having been lulled into the ‘all you need is lurve’ meme, they have lost the ability to discern exactly who their neighbours are (and more importantly maybe, who they are NOT).

So to ‘not love’ is deemed to be to ‘hate’. Just think it through though: I do not ‘love’ bananas, monkey nuts and grapes, but I love steak eggs and chips. Does that mean I hate bananas?

I find Islam hateful. Its missiles are intended to do me harm, and when the ‘Sever Adom’ goes off I cringe. Does that mean that I hate Muslims? No? But I am well aware that they are not ‘Samaritans’, and are actually more likely to be ‘robbers’, so yes to that.

Of course the SJWs who would call this ‘hate speech’ but then they have probably not been caught outside by an incoming missile. I am a pensioner with a game leg and a dicky heart, so I cannot run for shelter. The last one that happened to me, in December, landed about a quarter of a mile away very near a colleague’s house.

Of course, hating Israeli Jooz and lobbing missiles at them is permissible, as is hating Christian extremists and fundamentalists. In fact, anybody who might open a Bible and actually check out the validity of the twisted dictates of this Christo-Socialism for themselves is fair game.

There is a carefully sculpted image of the violent Christian extremist that is pushed by the mainstream media, he/she is deemed to be every bit as dangerous as the clear and present Islamist fanatic; he/she is radicalized by hellfire pastors in a white supremacist church and is also a gun nut; is anti-abortion and hates LBGTIKJLM.

However, nobody has yet has managed to find a sample one of these bogeymen, and there is a reason for this. The Bible has a message of peace and goodwill at its core, and a fundamentalist (Bible-believing) Christian takes the Bible message both seriously and holistically, and would not resort to violence.

The Koran, however, is ‘hate speech’ central, and the fundamentalist Muslim takes the message of the Koran very seriously too.