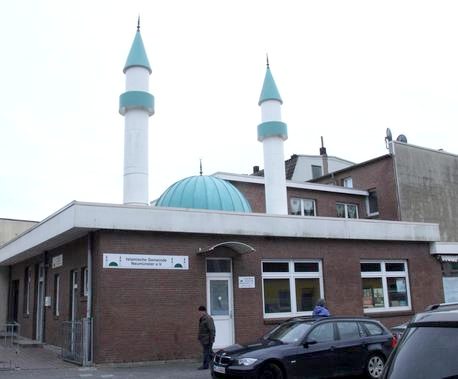 An original translation of a police press release.

Neumünster (ots) — Yesterday evening around 9:30pm federal police were called to an out-of-the-ordinary operation in the train station Neumünster. Train personnel had spotted two men in the tracks; one of them was shining a torch-light, and the other one was praying right next to the tracks. The affected track had to be closed for 30 minutes.

Upon a request to remove themselves from the danger zone, the men replied that they hadn’t yet finished their prayer. Shortly after, the men departed.

Using personal descriptions, Federal Police were able to arrest said men. They admitted to having resorted to the track bed to pray, as it was too bright on the platform.

After confirming their identity, a 20-year old Kosovar and a 17-year old Macedonian, both men were lectured about the danger to life that they had put themselves in. Charges were laid against them.