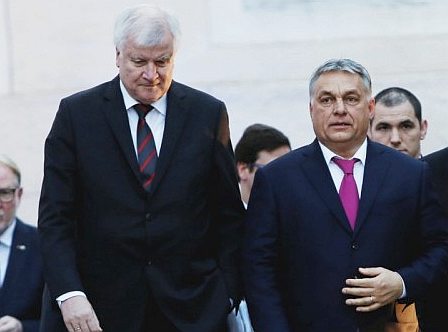 As promised, here is a subtitled video of the full press conference from the Seeon Monastery in Bavaria.

Last Friday, the CSU (Christian Social Union) held its annual party conclave at Seeon. Horst Seehofer, Minister President of Bavaria and leader of the CSU, invited Hungarian Prime Minister Viktor Orbán to be a guest at the conclave.

In the following video of Last Friday night’s press conference, Alexander Dobrindt, head of the Bundestag group of CSU parliamentarians, speaks first, followed by Mr. Orbán and then Mr. Seehofer.

Many thanks to Egri Nök, Anton, and CrossWare for the translation, and to Vlad Tepes for the subtitling:

One thought on “Viktor Orbán and Horst Seehofer: The Complete Press Conference”