Bosch Fawstin is an ex-Muslim and a well-known comic book artist whose cartoon of Mohammed won the grand prize in the “Draw Mohammed” contest in 2015. Long-time readers will remember him from our reports on the jihad attack on the “Draw Mohammed” event in Garland Texas in May 2015. Four years before that, we posted on Mr. Fawstin’s Counterjihad comic book, “Pigman vs. SuperJihad”.

Mr. Fawstin has now been suspended from Twitter for being “hateful”. Not for inciting violence. Not for posting gore or pornography or “fake news”. But simply for being opposed to Islam.

Before we get into the meat of the story, I’ll just say this: anyone who relies on Twitter or Facebook or any other major social media service as a primary outlet is making a big mistake.

Yes, I know none of the alternatives — sending out an email newsletter, obtaining a domain name and starting a website, etc. — has the ease and reach of using one of the popular social media sites. But those sites can pull the plug on you at any time, and there’s nothing you can do about it.

Twitter’s motto: We don’t care. We don’t have to care. We’re Twitter.

In Germany Twitter is now required by law to take down your posts if you violate the country’s draconian “hate speech” rules. But in the USA Twitter and Facebook perform the same service, gratis.

We don’t need no stinkin’ law! If you post something politically incorrect, we’ll take you down!

So ask yourself: Is it worth it? Is it really a good idea to rely on a site where all your careful work can be totally overthrown without warning, and without any right of appeal?

Here’s what Daniel Greenfield had to say about the banning of Bosch Fawstin: 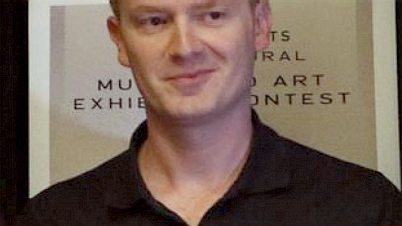 Both of these are recognized terrorist organizations. Hamas is listed as a FTO terrorist group by the State Department. Providing services to it as Twitter does, may be illegal.

But Hamas and Hezbollah are a few of the many Islamic terrorist organizations and supporters who are active on Twitter. But while Twitter has no problem with terrorists. It does have a problem with those who criticize them.

Bosch Fawstin, an ex-Muslim critic who was targeted in the first ISIS attack in America, has been suspended by Twitter.

I challenged Twitter’s decision to suspend me, through their channels, and they just told me in an email that their decision stands, that my account will not be restored because they claim my account “was found to be violating Twitter’s Terms of Service, specifically the Twitter rules against hateful conduct.” They went on to say that “It is against our rules to promote violence against or directly attack or threaten other people on the basis of race, ethnicity, national origin, sexual orientation, gender, gender identity, religious affiliation, age, disability, or disease.”

So I replied with this:

“You have suspended my account without Any proof of your claim that I have violated your rules. You write that it is against your ‘rules to promote violence against or directly attack or threaten other people’, and yet you don’t cite any tweets of mine where I’m guilty of that, because I’ve never done that.” 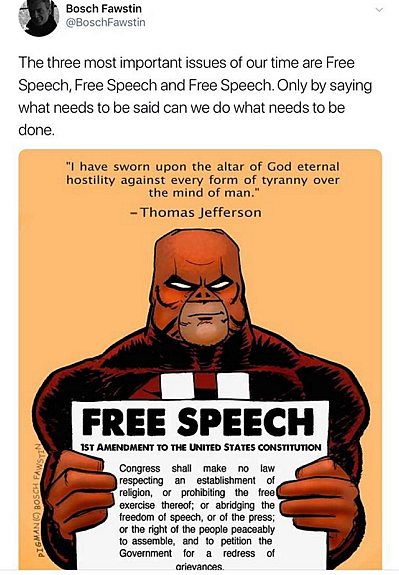 Read the rest (and find all the links) at FrontPage Mag.