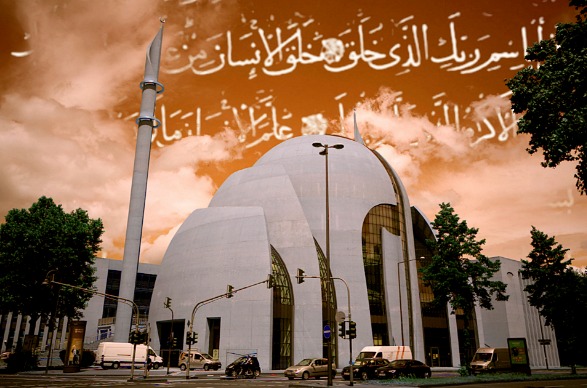 Several days ago the Turkish army invaded the Kurdish region of northern Syria, causing unrest among German Muslims and mass brawls between Turks and Kurds in Germany.

Many thanks to Anton for translating this article from T-Online:

Turkey has invaded northern Syria. Mosques in Germany are praying for the victory of the Turkish army. Union [CDU/CSU] politicians are outraged; they speak of “division” and “obedience to Turkey”.

Union politicians have criticized the call in mosques in Germany to pray for the victory of Turkey in northern Syria. “The call by imams in Germany to pray for the Turkish victory in the fight against the Kurds is strange: such a call divides sections of the population and makes the mood dangerous,” said Union Group Vice-President Stephan Harbarth.

“Do not want that conflict be imported to Germany”

“We do not want political or military conflicts from other regions to be imported into Germany,” added the CDU politician and called on all sides to restraint and prudence. “We want to live peacefully, and to have peace among all the people in our country.”

The group’s political spokesman, Stephan Mayer, told Reuters that if the media reports were correct, DITIB imams provided another example of their “obedience to Turkey” over the weekend. “This foreign influence on the Islamic communities in Germany is unacceptable,” said the CSU politician. More imams trained in Germany would be needed. Foreign imams would have to be checked on their constitutionality before their entry into the country.

Prayers for the “heroic soldiers”

According to Spiegel Online [Magazine], imams of the Islamic Association DITIB have called on German Muslims to pray for a victorious Turkish offensive against Kurdish militias in Syria. The online portal reported Facebook entries of several imams. It was said that an imam in Baden-Wuerttemberg was praying that “our heroic army and our heroic soldiers will be victorious”.

The Turkish Islamic Union of the Institute for Religion (DITIB) is by far the largest Muslim organization in Germany. But it is controversial because of its proximity to the Turkish leadership, headed by President Recep Tayyip Erdogan. Critics accuse DITIB of being increasingly conservative, the Turkish government policy appropriate attitude. DITIB describes itself as a non-partisan organization.