Last week we featured a video of a program called “Tagesschau” on German state TV. It was a blatant propaganda piece about the murder of a young girl named Mia, who was stabbed to death in the town of Kandel by a culture-enricher named Abdul. The TV segment was obviously intended to obfuscate the plain facts of what happened and direct public opinion towards politically correct conclusions.

The two talking heads in the video were Caren Miosga, the presenter, and Andreas Zick, who leads a lefty organization called the Institute for Interdisciplinary Conflict- and Violence-Research (IKG).

Anton, who translated last week’s video, sends this graphic about the same program, from Twitter: 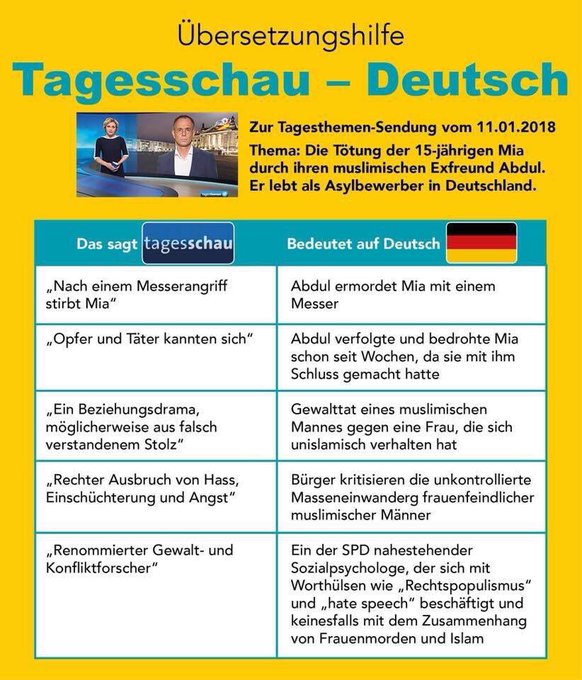 He translated the graphic, and I added the English text to it:

6 thoughts on “Decoding the PC-Speak on Tagesschau”