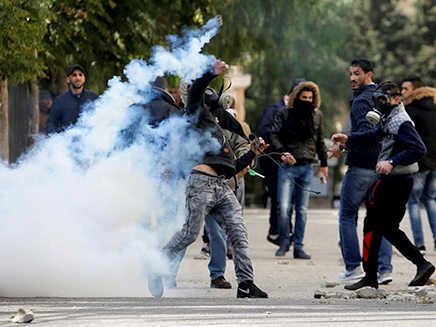 After President Trump announced that the United States would recognize Jerusalem as the capital of Israel, the “Muslim street” predictably exploded. Street violence broke out, especially in Israel. “Palestinians” fired rockets from Gaza into Israel. A Jewish synagogue in Gothenburg was firebombed, and a number of “kill the Jews” demonstrations took place in Sweden. Then today a Jewish funeral home in Malmö was firebombed (see the Swedish-language report in Sydsvenskan [hat tip Steen]). This morning’s pipe bomb attack in Manhattan may be directly related to the Jerusalem announcement, but there’s no hard evidence for it yet.

The phrase “Days of Rage” has popped up again in the media to describe what is currently going on. The MSM would have you believe that these are spontaneous outbursts of righteous Muslim anger, but this is hardly the case: Muslim street actions such these are carefully planned and orchestrated, usually by entities associated with the Muslim Brotherhood.

The following video contains excerpts from a longer presentation on the “Days of Rage” phenomenon given in 2012 by Major Stephen Coughlin. Many thanks to Vlad Tepes for editing and uploading this clip: