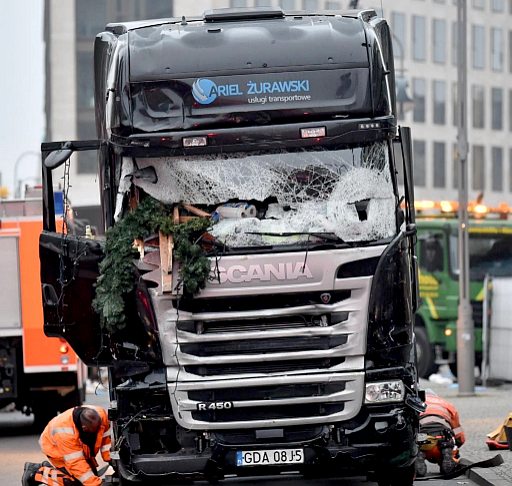 What Was the Role of the Intelligence Services in the Berlin Christmas Market Attack?

Germany — The following research by Stefan Aust and Helmar Büchel suggests that all the unexplainable “accidents” the German authorities made in dealing with Anis Amri in the year leading up to his attack might not have been accidents after all.

An original translation from Die Welt/Welt Am Sonntag.

Anis Amri under surveillance as early as 2015

New insights in the Amri case: The Federal Office for the Protection of the Constitution had already appointed a dedicated case handler for Amri. Why did she not raise the alarm?

The Berlin Christmas Market attacker Anis Amri was under surveillance, being shadowed and intercepted, much earlier than authorities and Federal government have admitted until now.

This is what emerges from thousands of files, dozens of confidential informant reports, and the protocols of the telephone and internet surveillance, which Welt Am Sonntag have exclusively obtained.

The measure was part of the covert investigations of the alleged Islamic State terror cell of the hate preacher Abdullah Abdullah from Hildesheim who is known by his pseudonym “Abu Walaa”.

As early as November 24, 2015, more than one year before the attack at the Breitscheidplatz, “VP01” reported Amri’s concrete terror plans to the LKA Düsseldorf. From there, they — along with all further insights — were reported on to the BKA, the General Attorney, and the Federal Office for the Protection of the Constitution. From no later than December 3, 2015 on, the oft-changing mobile phones of Amri were intercepted, and his internet connections surveyed.

Back on December 14, 2015, Anis Amri had downloaded detailed instructions for mixing explosives, and for the construction of bombs and hand grenades, on his smart phone that was monitored 24/7. From no later than February 2, 2016 on, Amri had phone conversations on this intercepted telephone with two ISIS cadres on the intermediate level of command, and offered himself as suicide attacker for an attack in Germany.

With the help of the police informant “VP01”, the same month the intelligence officers managed to enter the encrypted chat communication of Amri with the ISIS cadres in the messaging services Telegram and WhatsApp. While the Federal Government has been claiming until now that BND (German Intelligence Service) and BfV (Office For The Protection Of The Constitution) had no operational parts in the Amri case, Welt am Sonntag have obtained emails and files from the authorities that prove a greater role of the German intelligence services. Back in January 2016, the BfV authored a two-page analysis of Anis Amri that was signed by BfV chief Maaßen personally.

The BKA (Federal Office For Criminal Investigation) sent 12,000 documents to the Office For Protection Of The Constitution.

More than 12,000 files, among them the communication with Amri’s ISIS contacts in Libya, which were secured from Amri’s smart phone on February 18, 2016, were sent by the BKA to the BfV. This is proven by the evaluating report of the BKA. The Federal Office for the Protection of the Constitution even appointed a dedicated case handler to Anis Amri. This agent (her name is known to Welt Am Sonntag) is employed in the anti-terror department of the BfV in Berlin. She is in the same office complex as the BKA’s Department 33 for the Protection of the State, which is also responsible for Amri.

Welt Am Sonntag’s research also proves that even before his arrival in Italy in April 2011, Amri had close personal and even family ties with fighters and leading cadres of the Islamic State in Libya. These contacts had been known to the Tunisian secret service for years. BKA and the Federal Prosecutor demonstrably learnt of these family ties Amri had to the Islamic State when they intercepted a phone call in which Amri talked about the death of a cousin fighting for the ISIS.

The reason why, in spite of these early, and crushing, findings of the German intelligence agencies, Amri was had not been arrested one year before the attack in Berlin, does not emerge from the available files. But several months of investigations by Welt Am Sonntag suggest an involvement of international intelligence services. They might have seen Amri as bait which would lead them to his instigators, the ISIS terror attack planners, in Libya.

Indeed, Amri, according to findings of Welt am Sonntag, was put under the Italian intelligence service AISI’s surveillance immediately after he was released from deportation custody in May 2015. Allegedly they lost him when he made his way to Germany. A few weeks after he was shot near Milan, B2 stealth bombers from the US Air Force attacked, in a secret operation managed from Germany, exactly that ISIS desert camp in Libya where the instigators of the Breitscheidplatz are suspected to reside.

Hans-Christian Ströbele, a member of the secret service control committee of the Bundestag, therefore suspects in an interview with Welt am Sonntag the “governing hand” of a US intelligence service or the US military behind the “otherwise inexplicable” non-arrest of Anis Amri. The fact that the federal government has not delivered the solution of the background, which was promised by Merkel the day after the attack, “is a massive scandal,” says Ströbele.

6 thoughts on “What Was the Role of the Intelligence Services in the Berlin Christmas Market Attack?”