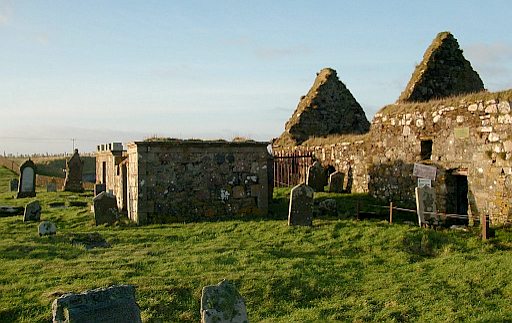 After writing yesterday’s post about the cultural enrichment of the Isle of Lewis, and after reading responses by readers — especially Scottish readers — in the comments, I started thinking about the larger processes that are now underway, grinding slowly and inexorably towards their unspeakable conclusion.

If “refugees” are being resettled on the Isle of Lewis, then it seems fairly clear that the UK has passed the point of no return — there is no peaceful, democratic way to reverse the slide into a multicultural hell-hole, with all that entails.

The same is true of a number of other Western countries, including Sweden, Germany, and France. Either they give in and allow themselves to become Islamic states, or there will be severe inter-ethnic violence. There is no longer any way out through the ballot box.

The relentless propaganda of the last forty years has been successful. A sufficient number of people have been convinced, numbed, intimidated, or made passive by the constant blare of multiculturalism from their media and elected officials. Even if they get a chance to vote for somebody completely different — as the Dutch do in every election where Geert Wilders runs — enough voters have been brainwashed or alienated to the point where such a candidate can never get enough votes to form a government and change the course of the ship of state. Titanic, meet Iceberg!

Yet a substantial minority is angry — all you have to do is read the comment sections on media outlets or Twitter to see how many white Westerners are enraged and disaffected. They know what is happening, and they know it is being done against their will and without consulting them. And they know who is doing it to them.

This means that when all the trouble shakes out and the dénouement comes — which will not happen in my lifetime; it’s decades away — there will be plenty of survivors who will remember what happened and who was responsible. If they have children, they will pass that awareness on, along with their bitterness and anger.

These people will constitute what the Bible calls a “remnant”: the people who survived the catastrophes inflicted by God on the Israelites for their faithlessness. And so it will be with the surviving fragments of Western Civilization. Whether they believe in God or not, they will be a remnant.

Which means there will be a reckoning.

Not this week, not this year, and not this decade. But someday there will be a reckoning.

Those who never surrender, and have to go through the decades of horror that lie ahead, will remember who was responsible for inflicting Multicultural Hell upon them. Some of the culprits are old now, and (like me) won’t be around to see the arrival of the Ragnarøk with their name on it. But the younger members of the Powers That Be — some of whom are even Millennials — will still be alive. And they won’t be forgotten.

Yes, there will be a reckoning. However, those who survive to see it will have lived through such horrific events that there won’t be much satisfaction in seeing the guilty parties get what’s coming to them.

But at least justice will be seen to have been done.

66 thoughts on “There Will Be a Reckoning”