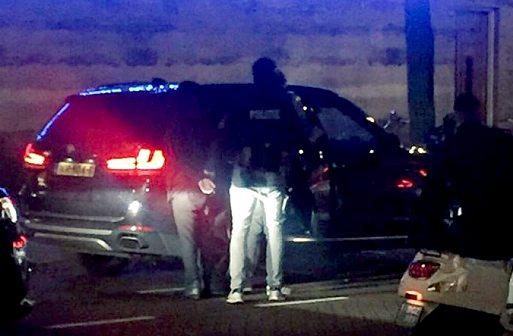 As reported in last night’s news feed, four men suspected of plotting “terrorism” were arrested in Rotterdam on Christmas Eve.

Now we learn that one of the detained suspects is a Swede. Or, more likely, a “Swede”.

Many thanks to FouseSquawk for this report from the Dutch public broadcaster NOS:

On Sunday evening the special police unit DSI arrested four men on Witte de Withstraat in the center of Rotterdam, on suspicion of involvement in Islamic terrorism. Among the suspects is a 29-year-old man from Sweden, reports the Public Ministry.

The Swede had arrived in the Netherlands on a flight from Sweden Sunday afternoon. He was immediately placed under surveillance because the Dutch police had received information from a foreign police service that he was involved in terrorism.

In Rotterdam the Swede was arrested together with three men from Vlaardingen (21), Delft (30), and Gouda (23). The same evening their four residences were searched, two in Vlaardingen, one in Gouda, and one in Delft.

The four men were riding in an auto when they were arrested by police. A photo of the arrest was placed on Twitter.

In the residences, no weapons or explosives were found. Computers and cell phones were seized. The four men are in custody and are being interrogated.

On Facebook a woman whose residence was searched writes that she is being terrorized in her own home. The woman placed the report on the Facebook Page of Project A, an organization for Muslim prisoners in need. Yesterday, a request was placed there for prayers for the arrested men.

According to the woman, her rear door was destroyed, there is glass everywhere, and her belongings and clothes have been turned upside down. She herself was not at home at the time of the entry, and nobody was present at the time of entry at another home. One woman would have been at home during the entry.