Here’s a seasonal change of pace from Seneca III. 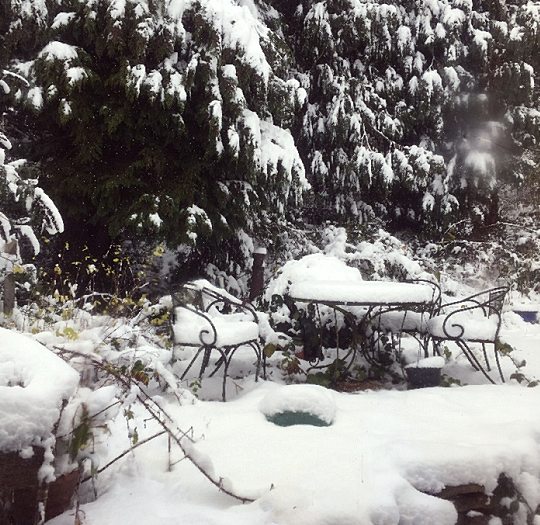 This morning I awoke to an almost monochromatic world of whiteness. During the night, silently and gently, Granny Weather returned after many long years of absence and laid her soft blanket upon us — a real English winter has returned.

As I sat looking out from my study with my mug of morning coffee in hand I said to her, “Welcome back, but where have you been, and why?” knowing that that was really a rhetorical question born of a deep cynicism that has been festering in my soul ever since a certain Mr. Gore sentenced Polar Bears to a pseudo death and began lining his pockets via his investments in carbon-trading companies… soon to be joined in various ways by a horde of similar predators and parasites.

But, dear readers, that would appear to be the way of things. So, as we move further away from the conjunction of the eleven and two hundred-year solar cycles and, after another coffee, it will be on with the snow boots and out with the yard brush and shovel to make a small impact on my patch of what millennia ago was a vast, semi-tropical carboniferous landscape populated by wondrous creatures now extinct.

Climate does change — it always has and always will, so one must be pragmatic and just get on with it.

— Seneca III, soon to be walking up to the Pub in a refreshingly redecorated Middle England this 10th day of December 2017.