Matt Bracken adapted the text from the Polish poster to make this English-language meme: 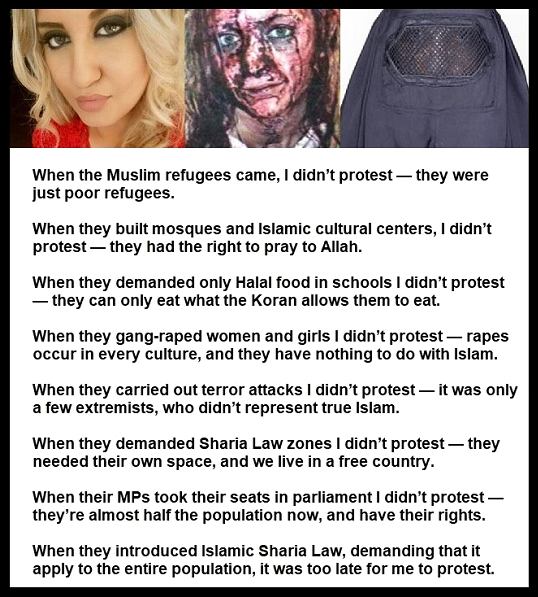 19 thoughts on “When the Muslim Refugees Came…”