The following essay about Donald Trump’s infamous retweets of Jayda Fransen was published earlier at Vlad Tepes in a slightly different form. 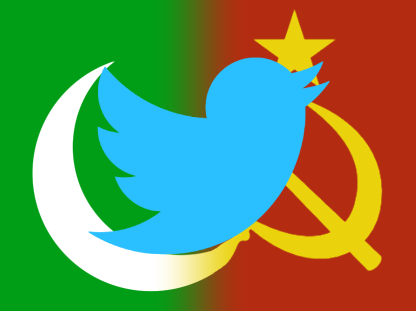 One tweet lets all the poisons that lurk in the mud hatch out (Paraphrase from I, Claudius)

It’s really stunning how this one retweet by Donald Trump has polarized media, parliaments and reams of pundits and politicians.

To quote the former Bundesbank board member, Thilo Sarrazin, “If Neo Nazis said the sun rises in the East, should I disagree because Neo Nazis said it?”

The fact is, those movies show the brutal and staggering victimization of all things non-Muslim in Western nations. And the reaction to his pointing it out is causing all with an interest in the Narrative to protest too much about it, while those of us suffering from a loss of rights, culture and law give a quiet cheer.

The news has more on President Trump’s retweet than it does about North Korea now having the capability of destroying any North American city with a single missile. There has to be a reason for this. We are seeing a massive crescendo of criticism from media and left-leaning politicians and governments far beyond what this tweet should matter.

The Streisand Effect to end all Streisand effects.

But at least it’s in the open for all to see. We have Western governments that are not affording their own people the benefits of their own laws, while exempting Muslims on the thinnest excuses from the consequences of acts of which they are guilty. Frankly, the items that President Trump retweeted are banal compared to so many that take place on a weekly basis.

The rest of us can now know however, that the May government in the UK is what we already knew it was. A left-leaning government determined to follow a path of Cultural Marxism forcing the very bitter end of anything remotely like England or Great Britain.

And British media and American media are not much better. Their template on what speech is acceptable and what is not could be applied letter by letter to anti-Nazi films, and they just hope we won’t notice. Like the excuses used to cancel the film at the Ottawa Public Library last Saturday. Every word they said about identifiable groups could be applied to any Spielberg film about WW2, as you cannot leave the theatre without being full of contempt and hatred for Nazis and joy at their defeat. Nazis are an ideologically defined group, just like Islam. But Islam gets a pass for its ideology of genocide and Islamic manifest destiny.

When truth is hate speech, we are doomed. Speak up. Speak often, pay the price. Because the price only ever goes up when ignored.

7 thoughts on “Never Underestimate the Power of a Retweet”