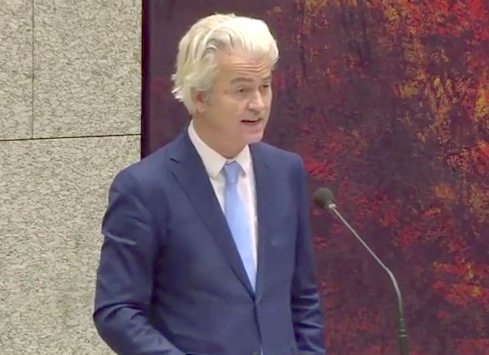 After almost eight months, the Dutch new government has finally taken office. It’s unprecedentedly large, with twenty-four cabinet members — a size made necessary by the cobbling-together of such disparate parties in order to avoid entering into a coalition with the PVV (Partij voor de Vrijheid, Party for Freedom), the party of Geert Wilders.

In the following video Mr. Wilders debates the new government in the opening session of the Tweede Kamer, the lower house of parliament. He refers to the cabinet as “Planet Rutte”, a reference to Prime Minister Mark Rutte. These elite apparatchiks have made themselves aloof and remote from the problems and concerns of ordinary Dutch people: