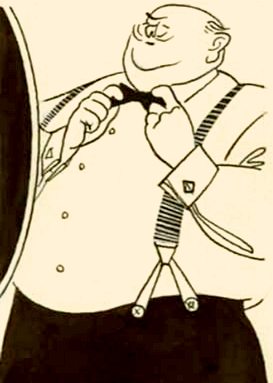 Lots of Americans are wondering about the signs of conflict between the President and part of his Executive Branch, the hoary denizens of the State Department. There is an uncertainty that comes from a miasmal mist surrounding President Trump’s appointment as head of state, Rex Tillerson. These are both alpha males; things do not go smoothly in the pack if they can’t learn one another’s signals.

But even more interesting than the miasma surrounding those two is the great news that the State Department is slowly but surely shrinking. Along with our criminal IRS, State is another tumor on the body politic that must be reduced to a manageable size.

Bill Whittle’s triumvirate has hopeful statistics on the sinking of the unsinkable flotsam in Foggy Bottom. Pay attention to the numbers:

For those not familiar with these gentlemen, here’s some information on each commentator.

Three very different philosophies, which is what makes the chemistry of these three men all the more interesting. Mr. Ott is a professed Christian and active in his hometown. Green, I would presume from his arch expression at the mention of religion, is an atheist, and Bill Whittle is possibly an agnostic. But I’m only guessing on Whittle, based on years of watching his work. He often seems much like a deist from the era of America’s founders.

At any rate, these brief “Right Angle” discussions are better than anything you’ll see on the MSM. Blessings be especially upon them for not interrupting one another. I’ve given up on internet dialogues for that reason: the constant cross-talk is migraine-inducing.

As for this particular episode about the failings of the State Department, I’m reminded of a description I read once (don’t remember where) of the differences between the institutional character of the State Department versus that of military administration, e.g., the Defense Department. When it was necessary for factions of each to actually meet, the military arrived on time, complete with notebooks, pens and an agenda, ready to work. State Department rent-seekers arrived late, straggling in singly or in clumps, none had anything with which to take notes, and the notion of an agenda seemed foreign to them.

Much like the Right Angle folks and Thomas Jefferson, I do find the State Department loathsome. Would that Mr. Tillerson move more of them out more quickly. That’s a “Fast and Furious” operation I would cheer loudly.

17 thoughts on “Are They Dredging Foggy Bottom?”