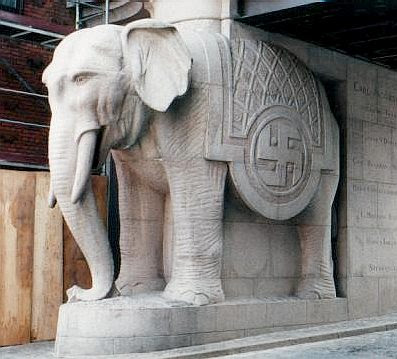 The brief essay below outlines the requirements for inducing the Screaming Nazi Heeber-Jeebers in the Gutmenschen of Germany. Which, as far as I can tell, is any political position even slightly to the right of Chancellor Angela Merkel.

Many thanks to JLH for translating this guest-post from David Berger’s blog:

I have listed the attitudes that are sufficient to land you in the “Rightist” corner. You needn’t share all of these things, but they are reasonable and completely legitimate points of view and opinions which many people share, although only a few express them, because they fear being seen as “Nazi,” “hater,” “racist” or something similar. And as far as the moralistic narcissists are concerned, there is no longer any difference between “liberal-conservative,” “rightist,” “right-populist” or even “extreme rightist.”

The following things already lead to the rightist stamp:

Many other things could be added:

For example, being against German history being reduced to twelve criminal years; simply being too proud and happy about values like freedom, enlightenment, democracy and sexual equality; being happy that no woman here must be veiled, or virgin in order to be honorable, and gays and apostates are not hanged from the nearest construction crane; just liking European/German culture and finding it, if not without fault, nevertheless both livable and defensible.

Not belonging to any minority, being a heterosexual German male with no “immigration background,” married, with a house and garden, earning his own money and outside of a few tickets having broken no laws, and besides all that, having the gall to like his country and to express all these things straightforwardly — that completes the rightist stamp.

Before anyone becomes concerned, I’m doing fine and I will stick with my opinion. And I recommend to all clandestine, female readers that they do the same. First of all, you are not by any means alone, and second, we are the ones who have it right.