This is a website whose time has come: TELL DADDY. It’s modeled on “Tell MAMA”, an organization with the mission of gathering information on Islamophobic incidents in the UK, so that the government can use the data to prosecute Islamophobes where appropriate. Tell MAMA is headed by Fiyaz Mughal, whose name has inspired various amusing wordplays, most of which are too impolite to post on this blog.

Tell Daddy aims to collect data on Europhobia in Britain, which has now reached epidemic proportions. Below is a partial mirror of the initial post at Tell Daddy. 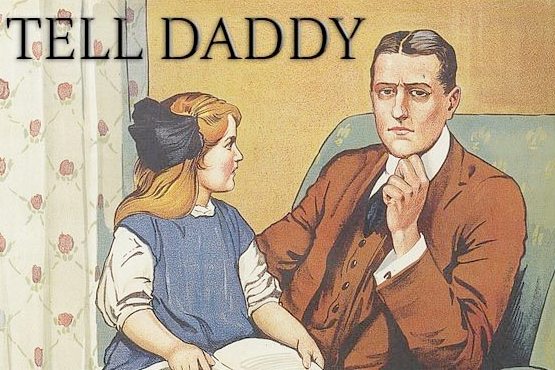 To help do our bit for hate-crime awareness week we are starting a new initiative to encourage the reporting of Europhobic hate crimes.

We are concerned about a wave of attacks, harassment, and hate-filled speech against Europeans … there has been an unprecedented number of incidents. Including a rise in street harassment of Europeans — unprovoked, opportunistic attacks from strangers as Europeans go about their lives.

Hundreds have died, thousands have been injured and traumatised.

Incidents of sexual violence against women and children have also massively increased.

Tens, some say hundreds of thousands of school-children have been groomed, raped and forced into prostitution.

There have been numerous large-scale sexual assaults, some involving as many as a thousand Europhobes and hundreds of victims. There has been a massive increase in brutally violent gang rapes.

This is far from an exhaustive list of the type of crime against person and property perpetrated by Europhobic criminals and ideological Europhobic zealots.

The state has more or less lost control of hundreds of zones in Europe … police, fire brigades and medical staff have all been attacked, just for doing their jobs.

The scale of the lash is astounding … there has been a massive spike in anti-European prejudice. A sense of endemic fear has gripped European communities.

Over the past 20 years or so, these sorts of hate crimes have noticeably increased in number and, in many instances, particularly in the last 5 or 10 years, have arguably become much more extreme.

Who will put a stop to this unprecedented wave of violence and destruction, being wrought mostly by people, of whom elites tell us, are the solution to a ‘pension problem’ in Europe?

European leaders seem to have admitted defeat and dejectedly tell us we should “just get used to it”.

It’s really not that bad, you’re far more likely to be in an accident on the motorway. So don’t panic and carry on.

Europhobes blowing themselves up on the tube or spraying bullets around a concert hall of children, or horribly torturing and murdering nightclub goers, is merely part and parcel of urban life. Or so we are told.

Candle-lit vigils and teddy bears are now so passé after yet another mass shooting, bombing or vehicle and knife attack by hate-filled Europhobes, they have become a parody.

To add insult to injury, we are told it’s the potential “backlash” to this unprecedented wave of violent Europhobia, that is really the problem, often before the latest victims have even been laid to rest.

It has become enormously insulting.

So what can we do?

Firstly we know this problem has been massively under-reported, so the first thing we would like to do, is properly describe the scale of and scope of it.

TELL DADDY if someone looks at you oddly and you think it’s because you’re European, report it. No matter how small, report it.

Just as police chiefs have advised for other communities.

One expert advised that often rational argumentation can hide emotional hatred, so just to be on the safe side, report it, if you perceive hidden hatreds.

If someone makes a remark about where you’re from, the colour of your skin, what clothes you wear, report it. NO MATTER HOW SMALL.

If someone claims you are “privileged” and therefore somehow deserving of abuse, most definitely report it.

NO MATTER HOW SMALL, REPORT IT. IF YOU HAVE THE MEREST SUSPICION, REPORT IT.

TELL DADDY WILL STRIVE TO MAKE YOUR VOICE HEARD.