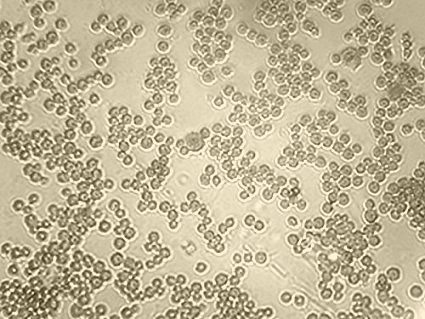 Who would have thought that the “welcoming culture” would have to be grown in Petri dishes and then put on a microscope slide?

Many thanks to Nash Montana for translating this article from the Austrian news magazine Wochenblick:

And With the Migrants Came the “Migrant Illnesses”

In the photos, Michael’s gray-blue eyes look at you as if they wanted to ask: Do I have to die because of your migration politics? Michael R. (15) was a happy kid, and he shared his interests with lots of friends at the Polytechnic school.

But all expectations for a future have come to a sudden end, due to one single visit to a disco in the nearby large city. “Saturday he was at the disco in Graz,” his mother says in shock.

By Tuesday the flu-like symptoms became noticeable, and the morning after 911 had to be dialed because the boy wasn’t responsive anymore at all. Two hours after having been admitted to the children’s intensive care unit in Graz, Michael was dead. He died from an infection of the brain and the cerebral membranes. And that even though he had just been vaccinated a year before against meningococcal bacteria; his body wasn’t able to resist this aggressive strain: “Origin of strain: Sahara belt.” Such was the curt answer given to the mother when she asked.

More could not be said. Maybe they didn’t want to, it is being assumed, especially since a blood sample that the emergency worker took when the boy was still at home has now gone missing. The blood sample taken later was — due to the heavy presence of antibiotic medication — not sufficiently convincing. And even as this is being treated as an extreme isolated incident with respect to the public, the public health authority board thought it would be appropriate to take precautionary measures: “Within the student’s environment, an antibiotic-prophylaxis was implemented,” the Kleine Zeitung stated.

Once a year the Robert Koch institute (RKI) in Berlin publishes its “Infection epidemiological yearbook of diseases that are subject to registration”. The last publication is from July, and it reports data concerning more than 50 infectious diseases from the year 2016.

Since the RKI is subject to CDU-health minister Hermann Gröhe, they voice their findings with restraint: “Through continuing globalization and the increase of commerce and travel, unfortunately a lot of pathogenic agents can spread more easily and faster. It is therefore possible that the occurrence of previously less-noticed pathogens can change substantially…”

And yet all that is needed is one look at the yearly statistics from 2015 to see the infectious consequences of the migration tsunami: Diseases that have long been in the forgotten realm or were simply unknown here have shot up with speed. For instance the large city Berlin can already be seen as a potential epidemic centre for HIV/AIDS, hepatitis B, Legionnaires’ disease, meningococcal disease, syphilis and tuberculosis; drawing conclusions for other German and Austrian large cities is entirely feasible.

It is no wonder that by now even church-based facilities have reported suspected cases of infections: When the deportation of a rejected asylum seeker from Yemen was thwarted through “church asylum”, the disease carrier — he was determined to be carrying a highly infectious strain of tuberculosis — came into frequent contact with 50 German kindergarten-age children at the church in Bünsdorf (Schleswig-Holstein).

It is not an “isolated incident” either. One “unaccompanied minor refugee”, who was allowed to work as a Kindergarten-intern in Aystett (Bavaria), was diagnosed with tuberculosis as well. Especially harrowing: One of the “Beasts of Rimini”, the Congolese lead rapist of the gang rape [in Italy], just recently tested positive for tuberculosis.