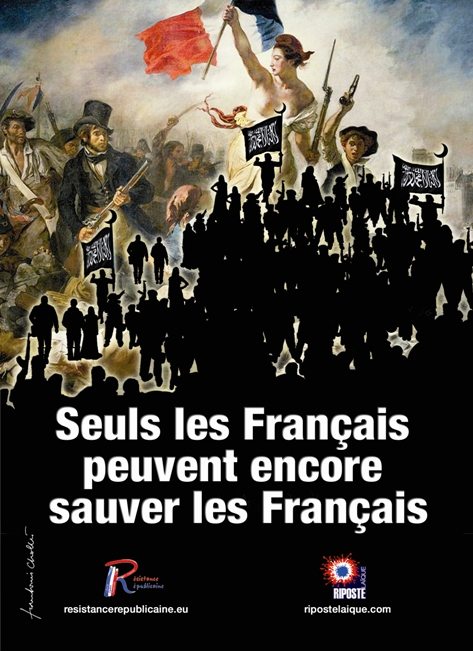 Pierre Cassen is the founder of Riposte Laïque, which works in tandem with Résistance Républicaine to resist the Islamization of France.

The following speech by Pierre Cassen was given on September 2 at the event held to honor the tenth anniversary of Riposte Laïque. It’s rousing and inspirational, but it’s also a somber reminder that France has already passed the tipping point. The same is true of Sweden, of course, with Britain and Germany close behind. And the rest of Western Europe, along with Canada, Australia, and the USA, are doing their best to catch up.

Mr. Cassen points out what most of us have already realized, even if only subliminally: A democratic political solution to the Islamization of France is no longer possible. The most recent presidential election — won so resoundingly by Emmanuel “Toy Boy” Macron — was the last chance for the French to resolve the situation electorally.

The immediate future is murky, but whatever lies ahead for France will be ugly, bloody, and protracted. Nevertheless, even if all hope is lost, there is an imperative to resist the inevitable by any means available. Mr. Cassen’s words are a summons to his fellow patriots — Allons enfants de la Patrie!

French was the only language I studied in school. Eight long years, and I was never any good at it. But I was able to visit France a few times, and it made me love the French language and French culture.

I can say “cheese-eating surrender monkeys” with the best of them, but, really, I want France to stick around. The day when there are no longer any Frenchmen looking down their long Gallic noses at us roast-beefs would be a sad day indeed.

This is an important speech. It’s all but certain that YouTube will take it down sooner or later, so please grab the video file and upload it to other platforms. Remember that Facebook and Twitter will also suppress it; but, then again, it’s difficult to find any video outlet that does not censor doubleplus ungood thoughts.

The more copies of it that are spread around the net, the better.

41 thoughts on “Pierre Cassen: “I Prefer War to Submission””