It’s become clear that the “asylum” racket is a complete scam. Now that Chancellor Merkel and her eternal coalition are secure in their seat of permanent power, they’ve given up trying to keep the “refugee” scrim in place in front of what they’re doing. Everybody’s coming in, and no one will be leaving — Europeans just may as well get used to it.

Egri Nök has translated two articles about new migration developments in Europe. Both were originally published at Vlad Tepes in a slightly different form.

The first article concerns the recent announcement that — surprise! — rejected asylum seekers in Germany won’t really have to leave. They’ll get benefits and work permits, just like the actual “refugees”. It makes one wonder why they bother with the charade of an asylum application process — it would save a lot of time and administrative resources just to let them all in and immediately hand them their goodies.

Oh well, now that they are here and we can’t or won’t send them away, we might as well give them work permits and federal funds 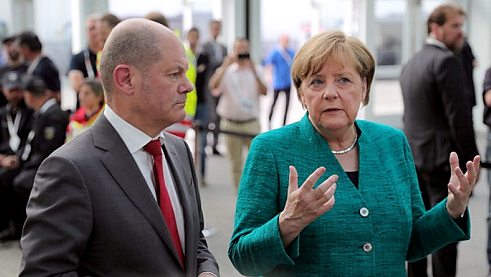 Hamburg/Berlin — The lost ones meet every Friday evening in a cafe in the Schanze. Seven young Afghans without the prospect of staying — as their asylum application has either been in process for more than one year, or has been decided upon negatively, they aren’t allowed to work or to attend a proper language course[1].

Several thousand of such people, often merely “tolerated” for years, live in Hamburg.

Mayor Olaf Scholz (SPD, Social Democrats) apparently wants to grant these people extensive assistance measures. As Abendblatt learnt exclusively, back in June a task force was formed upon the decision of chancellor Angela Merkel (CDU, Christian Democrats), which is to develop suggestions. Members of this task force are representatives of the Senate, the Chief of the Federal Agency for Work, Detlef Scheele (SPD), as well as leaders of Saarland, which is led by the CDU. In November the group is expected to present their findings at a meeting of the Federal Presidents.

Scholz wants to give rejected asylum seekers a perspective

Olaf Scholz (SPD) had put the topic on the agenda at a meeting of the minister presidents, according to sources in the Senate. The plan is to assist all those asylum seekers more, who do not have a reliable prospect of staying, but who de facto will be in Germany for a longer period of time. “You need to face reality and give these people a chance, too,” a source close to Scholz said. The chief of the Agency for Work and former Senator for Social issues, Detlef Scheele, allegedly is also among the advocates for better assistance of the affected people.

According to the source, in the future, foreigners who are merely tolerated[2] might also be able to profit from assistance programmes, for example the Federal Agency for Work might pay for part of their wage, to encourage giving work to refugees. The focus of the efforts is intended to be on people who have already been living in Hamburg and in other federal states for a few years with an insecure prospect of staying.

Speaker of the Senate Jörg Schmoll did not want to comment on the task force and the suggestions upon request. A spokesman for the Federal Agency for Work merely confirmed that Detlef Scheele would deliver a presentation at the next meeting of the minister presidents. The making available of funds for (rejected) asylum seekers is politically sensitive. Normally, a “tolerance” (suspension of deportation) is only issued when a deportation cannot be carried out for concrete reasons, for example illness. But in fact, deportations to Afghanistan are extremely rare, due to the situation in that country. In Hamburg, Afghans make up the largest group of asylum seekers and refugees, even ahead of the Syrians.

The second translation draws attention to the larger implications of this “no one must be sent home” policy — the millions of additional immigrants who will be admitted under the family reunification program:

An original translation from Bild. 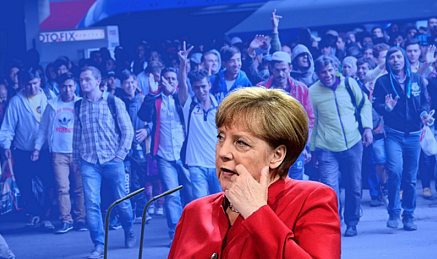 Joining: top politicians from Rome and Madrid, representatives from Libya, Chad, Niger — the three large African states along the migration route to Europe!

Their goal: to reduce the numbers of African migrants on their way to Europe by establishing refuge centers (hotspots) in the Maghreb states.

The new numbers of family reunifications (available exclusively to Bild) of “entitled”[1] refugees show just how important this is.

Fact: the number of “Visas for Family Reunification” issued by Germany is notably rising. 230,000 applications for family reunification were granted between January 2015 and end of June 2017 worldwide via the visa procedure.

Increase expected: The Federal Government expects a strong increase of applications for family reunification, especially by Syrians. An internal document (made exclusively available to Bild) says: the asylum decisions from 2015 and 2016 mean “potentially 267,500 Syrians who are eligible to fetch their families.”

Germans are skeptical about family reunification: according to a recent INSA-survey commissioned by Bild, 58.3 percent oppose the influx as provided for by statute; only 41.7 percent agree. 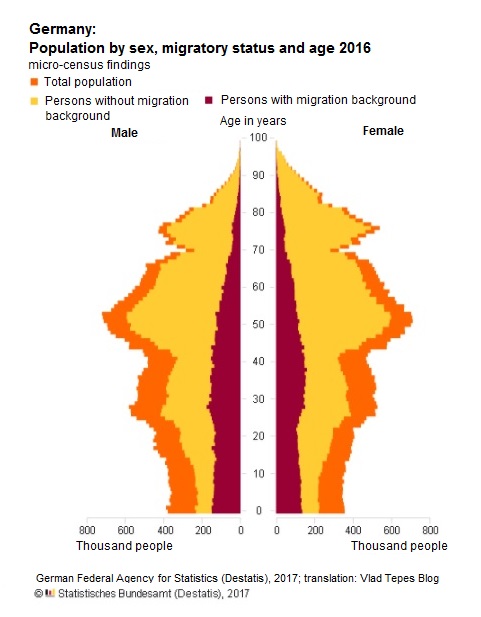 The total population of Germany is 82.67 million as of 2017 (original source)