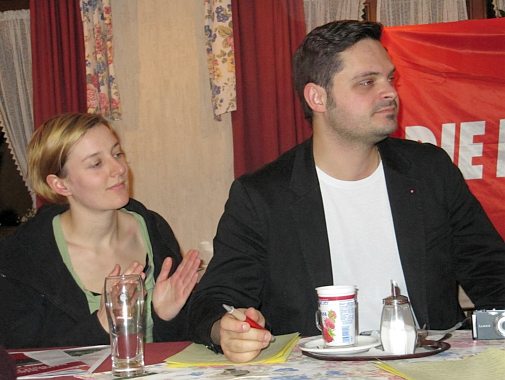 Earlier today Egri Nök reported on the government shutdown of an Indymedia site in Germany. Indymedia is effectively the online administrative arm of Antifa, and for some reason (maybe next month’s election?) the government has decided to crack down on it.

The first person arrested in relation to the Indymedia ban was a politician from Die Linke (The Left). Egri posted this follow-up report at Vlad Tepes in a slightly different form:

Translated from this German news portal:

Daniel Behrens, a member of Die Linke (photo right) was arrested at 11 in connection with the Linksunten ban, according to his lawyer. The politician is allegedly one of several people identified as the author of calls for criminal actions. He will be presented to the committing magistrate early tomorrow morning.”

The news was spread over the Indymedia portal, but in the meantime is only visible for registered users of the platform. Unfortunately we haven’t been able to receive confirmation of the circumstances from other sources.

Deutschlandfunk [public radio — translator] reports that two of the Indymedia operators were among the “journalists” who had their accreditation withdrawn at the G20 summit.