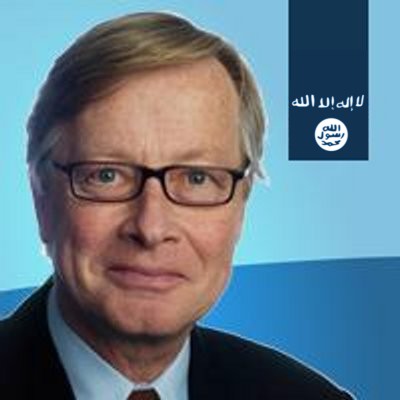 Many years ago, back before 9-11 (possibly after the first WTC bombing), Congress started formulating anti-“terrorism” legislation. At the time certain conservatives expressed their concern that if the term “terrorism” entered the law books, then sooner or later the government would designate its political enemies as “terrorists” and prosecute them under the new statutes.

It seemed farfetched at the time, but as those early efforts eventually metastasized into the Patriot Act and the Department of Homeland Security, the Cassandras were proven right.

I was reminded of all this because of the recent crisis in Dutch-Hungarian diplomatic relations. Gajus Scheltema is the soon-to-be-former Dutch ambassador to Hungary. Just before his tenure in Budapest was scheduled to end, he gave an interview to the news portal 168 Óra Online — described by our translator as “a well-funded liberal site, The New York Times of Hungary” — that the Hungarian government found deeply offensive.

The ambassador’s remarks are referenced in the articles below. Many thanks to CrossWare for translating the relevant text from the interview:

Below are two articles from The Hungary Journal about all the brouhaha. The first article gives a brief report about what happened:

The Hungarian Minister of Foreign Affairs and Trade, Peter Szijjarto rejected “in the strongest possible terms” the “outrageous” remarks of the outgoing Dutch ambassador to Hungary.

The minister “especially rejected” that ambassador Gajus Scheltema equated the Hungarian government with terrorists regarding their motives or methods. “This is an accusation that nobody took the liberties to say, not even in 2015, which brought the most brutal debates”, he added. Szijjarto stressed that before his departure the Dutch ambassador is no longer welcome in the MFA, he won’t be received there on any level.

We are glad that the Dutch ambassador is going home, hopefully he does it as soon as possible. Nobody should take the liberties to say such things against Hungary and the Hungarian people

It got worse after that: Hungary suspended top-level diplomatic relations with The Netherlands.

Hungary recalls its ambassador from the Netherlands — Hungary Journal

Following the remarks of the outgoing Dutch ambassador, Hungary recalls its ambassador from the Netherlands for an indefinite period of time, the Minister of Foreign Affairs and Trade, Peter Szijjarto announced at a press conference on Friday morning.

The Dutch ambassador to Budapest made a statement which harms Hungary’s dignity and sovereignty, ignores and by far oversteps diplomatic traditions. It’s a rare event and its gravity calls for diplomatic steps

“The ambassadorial-level diplomatic relations between the two countries are suspended for an indefinite period of time”, the minister said, adding that on Monday the head of the Hungarian charge d’affaires is going to reject “in the strongest possible terms” the Dutch ambassador’s remarks and ask for an explanation at the Dutch foreign ministry. Szijjarto made it clear that the government wants to know if the Dutch ambassador was speaking in his personal capacity or had a “central mandate”. The minister stressed that a “closed-door” explanation won’t be enough.

Szijjarto added that if the Netherlands doesn’t apologise, the Hungarian government will make further political and diplomatic steps. “Hungary is not a punchbag”, he said, adding that “the policy of subservience might have been common in Hungary before, but now it’s not”.

If this is how the Dutch want to continue our bilateral relations, we will act accordingly

As we previously reported, Peter Szijjarto on Thursday “most firmly rejected” recent, “outrageous” remarks by Gajus Scheltema, who is soon to leave his post in Budapest. In an interview given to Hungarian weekly 168 Ora the outgoing diplomat said that Islamic extremism “applies the same principles to create an enemy as the Hungarian government”.

At his press conference, Szijjarto rejected the “accusations of comparing terrorists and the Hungarian government as to their motivation or methods”. He added that the ambassador was no longer welcome “at any level of the foreign ministry”.

We are glad that the Dutch ambassador is leaving and he will hopefully do that soon. Nobody should be allowed to make such remarks against Hungary or the Hungarian people

Parliamentary questions by PVV members De Roon and Wilders to the Minister of Foreign Affairs concerning the disgusting remarks of the Dutch ambassador to Hungary: