In his latest essay, Nick McAvelly takes a look at events after the German invasion of Poland in the fall of 1939, and relates them to what is happening in the European Union today. 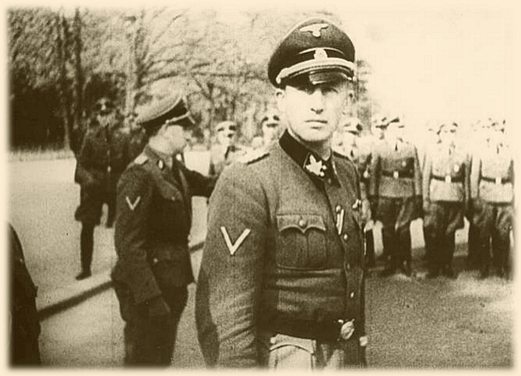 Germany invaded Poland on 1st September, 1939. The Wehrmacht attacked from Germany in the west, East Prussia in the north and Slovakia in the south. The Polish forces were unable to defend their country on multiple fronts, and the Wehrmacht overran the country in a matter of weeks.[1] The notes of a meeting held at the Nazi complex at Obersalzberg on 22nd August 1939,[2] which were subsequently retrieved from the OKW (Oberkommando der Wehrmacht) archives and presented as evidence at the Nuremberg trials,[3] show that Hitler told his military commanders more than a week before the invasion: “Destruction of Poland in the foreground. The aim is destruction of living forces, not the arrival at a certain line. Even if war should break out in the West, the destruction of Poland shall be the primary objective.” Hitler let everyone know what was expected of them: “Have no pity. Brutal attitude. 80 million people shall get what is their right. Their existence has to be secured. The strongest has the Right. Greatest severity.”[4]

The Wehrmacht was not the only Nazi organisation operating in Poland in late 1939. Heinrich Himmler, the head of the SS (Schutzstaffeln), had been appointed Chief of the German Police in June 1936. Himmler had reorganised the German police force, so that it was divided into two sections, the Orpo (Ordnungspolizei) and the Sipo (Sicherheitspolizei). The Sipo was composed of two further components, the Kripo (Kriminalpolizei) and the Gestapo (Geheime Staatspolizei). Reinhard Heydrich, who was already in command of the SD (Sicherheitsdienst), was given command of the Sipo as well.[5]

In May 1939, Heinrich Himmler tasked Heydrich with setting up special units called Einsatzgruppen.[6] These units were to work with the German military to secure the areas between the German border and the military front lines. Heydrich could select candidates for the Einsatzgruppen not just from the SD and the SS, but also from the Kripo and the Gestapo.[7]

According to the historian Alexander Rossino, a meeting took place on 18th August 1939 which was attended by Heydrich and several of his Einsatzgruppen men, including SS-Brigadeführer Dr. Lothar Beutel of Einsatzgruppe IV and his aide Dr. Ernst Gerke.[8] At this meeting, Heydrich spoke about atrocities that were allegedly being perpetrated against ethnic Germans in Poland, then explained that the Einsatzgruppen would be responsible for dealing with anyone who committed such crimes against Poland’s ethnic German population, as well as partisans and saboteurs. As to the measures to be taken against these people, who at that time were still citizens of another country, Heydrich allegedly stated that “everything was allowed, including shootings and arrests”.[9]

The German forces behaved with extraordinary brutality towards native Poles right from the beginning of the war. The British historian Richard Evans, in the final part of his trilogy on the Third Reich, provides a translation of a German soldier’s account of the invasion of Poland. The soldier asserts that his unit set fire to individual houses, and sometimes entire villages, as a matter of course.[10] In his authoritative history of World War II, Martin Gilbert describes an incident that occurred on 6th September near the town of Mrocza, in which Polish officers were shot after they had surrendered, and enlisted prisoners-of-war were locked inside a wooden hut and burned to death.[11] Alexander Rossino, in his account of the Polish campaign, describes an incident that took place near Ciepelów on 9th September 1939. A Colonel in the 15th Motorized Infantry Regiment, who was angry because he had lost 14 men in a firefight, ordered his soldiers to strip approximately 300 prisoners of war of their uniforms so they looked like partisans. The POWs were then machine gunned to death and left in a ditch at the side of the road.[12]

When the invasion began, Einsatzgruppe IV was assigned to support the Fourth Army in the so-called Polish corridor between north-east Germany and East Prussia.[13] Within days, Beutel’s men were fighting in the city of Bydgoszcz alongside the regular military forces. The Polish militia in the city surrendered on 5th September, but German troops continued to be attacked by armed locals.[14] When Hitler learned that armed Polish citizens were resisting German rule, Einsatzgruppe IV was ordered to carry out a reprisal action.[15]

On 10th September 1939, Einsatzgruppe IV pacified the Schwedenhöhe district of Bydgoszcz. The operation was led by SS-Sturmbannführer Helmut Bischoff,[16] a murderous individual described by Walter Hammer, the leader of Einsatzkommando 2/IV, as “an unusually brutal man”.[17] The Einsatzgruppe entered the residents’ houses, and after shooting between 50 and 60 people where they stood, rounded up approximately 900 prisoners.[18] Anyone who was suspected of harming ethnic Germans following the Nazi invasion on 1st September, or whose name was found on the Sonderfahndungsbuch, a wanted persons list distributed to Einsatzgruppen personnel, was separated from the other prisoners. Dr. Beutel and SS-Sturmbannführer Hammer conferred with the military commander in charge of security, Major General Walter Braemer, to decide what should be done with them. Beutel and Braemer agreed that the prisoners should be liquidated.[19] Over the next two days, Hammer and his men took approximately 120 people into the forest beside Bydgoszcz, and shot them beside an anti-tank ditch.[20]

On October 7th 1939, Himmler was appointed Reich Commissioner for the Strengthening of German Nationality.[21] At the Nuremberg Trials, Himmler was quoted as saying that the purpose of establishing the SS was “to create an order which will spread the idea of Nordic blood so far that we will attract all Nordic blood in the world, take away the blood from our adversaries, absorb it so that never again — looking at it from the viewpoint of the grand Policy — will Nordic Germanic blood in great quantities and to an extent worth mentioning fight against us. We must get it and the others cannot have it.”[22]

Himmler was now responsible for “eliminating the harmful influence of those alien sections of the population which constitute a danger to the Reich and German national community” and for “repatriating persons of Germanic race or nationality resident abroad who are considered suitable for permanent return to the Reich”.[23] Under the terms of the Nazi-Soviet Pact, ethnic Germans from the Baltic States could move into the new German districts in occupied Polish territory. These potential carriers of Nordic blood needed Lebensraum, so Poles and Jews had to be put somewhere else.

The territory Germany had taken was divided into new districts. The Reichsgau of Danzig-West Prussia was created in what was the Polish corridor. The Reichsgau of Posen was south of Danzig-West Prussia, reaching east to just beyond the city of Lódź. These two districts were formally incorporated into the Reich on 26th October 1939.[24] The remainder of Nazi-occupied territory, from Warsaw in the north to the river Bug in the east,[25] was known as the General Government.[26]

The Nazis used the General Government as a reservoir for undesirable blood. Tens of thousands of people were dispossessed and transported there during the winter of 1939-1940. Many died in freezing railway carriages that were left to stand on side tracks, sometimes for days at a time.[27] This was not something that would have troubled Himmler, who in Posen on 4th October 1943 told his SS men, “We must be honest, decent, loyal and comradely to members of our own blood and to nobody else. What happens to a Russian, to a Czech, does not interest me in the slightest. […] Whether nations live in prosperity or starve to death interests me only in so far as we need them as slaves for our culture; otherwise, it is of no interest to me.”[28]

It could be argued that the National Socialists descended farther into evil as the war progressed, but the facts show that the Nazis had evil intentions towards the Polish people from the beginning. It is possible for any political power structure, regardless of how many countries it has control over, to be taken over by criminal individuals. If there is no way to peacefully remove them, then the world can go down a very dark path. Throughout history, false prophets have arisen who have claimed to have the “final solution” to the question of how human beings are to live together here on earth. Time and again, we have seen what these individuals and their followers are capable of, as they strive to turn their poisonous fantasies into reality.

If you hand over control of your own country to a foreign entity, then it will always be possible for another criminal gang like the National Socialist German Workers Party to rise to power. If that happens, then you, or your children, or perhaps your grandchildren, will be where the Polish people were in September 1939. For this reason alone, any effort on the part of professional “politicians” to create a European super-state should be resisted.

Poland is getting set to demand reparations from Germany for the crimes committed during the war. Jarosław Kaczyński, the leader of the Law and Justice Party (PiS), has stated that Poland is currently preparing an “historic counteroffensive.”[29] Kaczyński’s use of military terminology serves as a reminder of the context of the proposed claim. However, the Poles are not simply reminding everyone of what happened to their country during the war, they are making a profound statement which ought to resonate with everyone who truly values their own freedom: We know what can happen when you lose control of your own political destiny. And we will not let it happen again!

121 thoughts on “An Historic Counteroffensive”