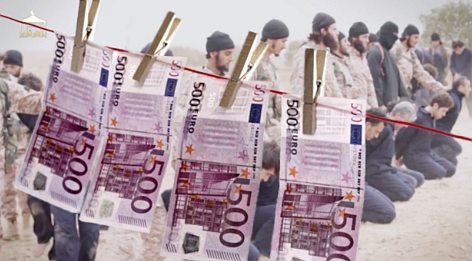 Investigators in Italy have discovered that massive amounts of capital used to support the Islamic State have been moving through banks and other financial institutions.

Bank of Italy: Increase in reports for terrorist financing

According to the Bank of Italy report, there are increasing reports of transactions suspected of financing terrorism: The total amount is 88 billion

They are increasing reports of suspicious transactions made to finance terrorism, with a total amount of €88 billion.

The warning comes from Ignazio Visco, Governor of the Bank of Italy, on the presentation of the report for the tenth anniversary of the Unit of Financial Information (FIU), the organ of the Bank of Italy that deals with money laundering and the financing of terrorism.

Particular attention should be paid in countering illegal activities, the use of economic currency, and money transfer. It is the governor’s warning, which noted that the total amount of reports received by the FIU has reached €88 billion.

During 2016, the FIU made reports to investigators and authorities of suspicious financial transactions “for more than €88 billion. This figure becomes more than €150 billion if you take into account transactions only attempted,” said Visco. “The number of reports has grown exponentially, not only in quantity but also in quality.”

“In 2016, the terrorist threat has emerged as one of the most important and urgent among those with which the system has been confronted. The operations of suspected terrorist financing noted were 741, more than double the number compared to 2015 and six times higher in comparison with 2014,” the report reads.

“Over 90% of them were considered to be of investigative interest by the Special Unit Currency Police, and there are several cases where investigations have confirmed the suspicions,” the report says. “More specifically, of about 84,000 reports about 60,000 have prompted investigations. More than 7,000 were transferred to criminal proceedings.”

“A specific project on the financial characteristics of foreign terrorist fighters” has been activated and has “made possible the sharing of a very considerable amount of data on international networks of relationships, which have been reconstructed on the basis of financial transactions carried out by people suspected of belonging to or supporting the Islamic State and matters related to them,” it concludes. “Shared data so far relate to transactions carried out by more than 38,000 names and were the subject of dissemination to law enforcement agencies.”