Finland has been an uproar for the past few days, ever since Jussi Halla-aho was elected by a decisive margin to be the leader of the Finns party. Mr. Halla-aho is a veritable dissident — he was tried, convicted, and fined for posting “hate speech” on his blog. He sees eye-to-eye with Gates of Vienna on most issues, especially on immigration and Islamization, and has posted essays here in the past (see, for example, “Inte Arma” on the right to bear arms).

The previous leaders of the Finns party have now picked up their marbles and left the party in a huff, forming their own splinter party. Some of these erstwhile leaders are ministers in the current coalition government, so the ongoing crisis is significant at the national level.

The following overview of the situation is the first half of a two-part essay. It was published earlier at Tundra Tabloids in a slightly different form. KGS wrote the introduction, and Vasarahammer wrote the rest of the text. 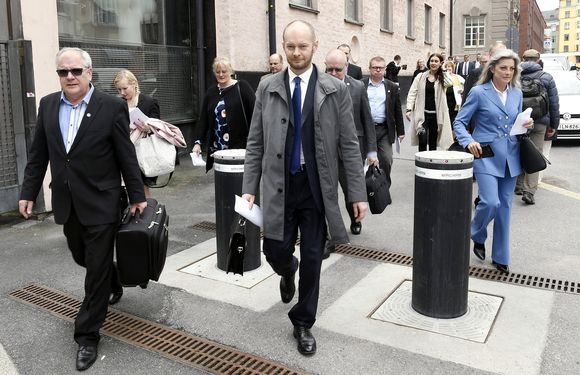 The Disintegration of the Finns Party

This is one of the biggest scandals in recent Finnish political history, but because the media despise the new leader of the Finns Party, MEP Jussi Halla-aho, it’s not the main story.

Over the past weekend, the Finnish anti-mass immigration and EU critical party known as the Finns — which was formerly led by the long-time politician Timo Soini — held a party election to determine the new leader, and leadership, of the party. By any reasonable standard, the elections in the capital of central Finland, Jyväskylä, turned into a rout by those loyal to Jussi Halla-aho — they won all key seats as well as the leadership of the party.

The political ramifications of the events that unfolded that day are still reverberating throughout the entire Finnish political system.

What took place after the dust settled from Saturday night’s upheaval could be considered a coup, orchestrated not only from within the party itself, but outside it as well, with the ruling coalition and presidency, leaving their collective fingerprints all over the crime scene. This is one of the biggest scandals in recent Finnish political history. 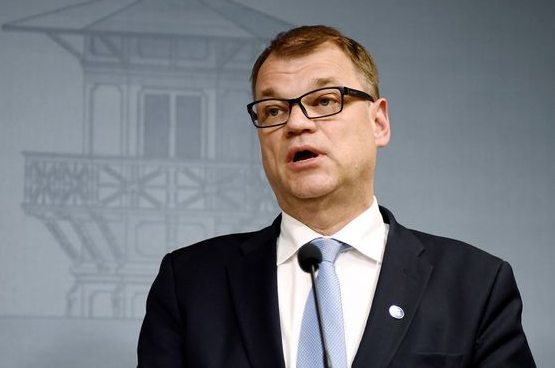 The former leadership of the party decided on Monday at 1pm Finnish time to march out of the temporary house of parliament (the actual building is currently being refurbished) declaring that they are no longer a part of the Finns Party, and seek to maintain their roles as ministers and MPs under the name of the ‘‘New Alternative’’. Prime Minister Juha Sipilä had announced that he would be seeking to coalesce a new government from existing parties in opposition. 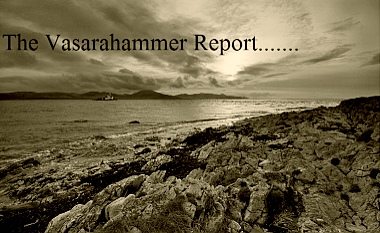 Disintegration of The Finns party

You can argue that the disintegration was inevitable. However, the way it happened deserves a closer look, since the chain of events that led to the breakup was orchestrated by the party leadership, leaders of other government parties and the President of the Republic.

The Finns party (formerly True Finns, Perussuomalaiset) entered the government in 2015 after the second electoral victory, in which the party became the second-largest in terms of seats in the parliament. The Finns party also became the only populist party to enter government in Western Europe. The party received four seats in the government, with party leader Timo Soini becoming Minister of Foreign Affairs.

The party was founded by Timo Soini and Raimo Vistbacka after its predecessor, the Rural Party, went bankrupt. Timo Soini was the first leader of the party, and until 10th June the only leader of the party. Timo Soini was, and still is, a classic populist who woos voters that have various grievances while at the same time lacking any reasonable policies to overcome them. He has no political philosophy and no principles to speak of. The successes that he has achieved are due to folksy rhetoric and catchphrases.

Soon after Juha Sipilä’s government with the Finns party included took office, the great migration of 2015 began. Finland received more than 30,000 migrants through the Swedish border in the north.

The Finns party had campaigned on tough immigration and asylum policy restrictions, and even managed to include some of them in the government manifesto. However, in the autumn of 2015 the Finnish government did nothing to stop the flow of migrants coming over the Swedish border. For the supporters of the Finns party this was a sign that the party had little influence in the government.

Later, after series of broken campaign promises, dissatisfaction among the party faithful grew. It also became evident that Soini was not in the government to keep the promises his party had made to the voters, but for his own personal gain. He was looking after a government post with high salary and little responsibility. This led to a rapid slide in the polls for the party. Currently, support has halved since the 2015 election.

This year, with the party sliding in the polls, Soini decided that he would not take part in the next leadership contest. This opened up the field for challengers, and MEP Jussi Halla-aho chose to run for the leadership. Minister of European affairs Sampo Terho also joined the race and received the backing of not only Soini but also the leaders of other government parties. 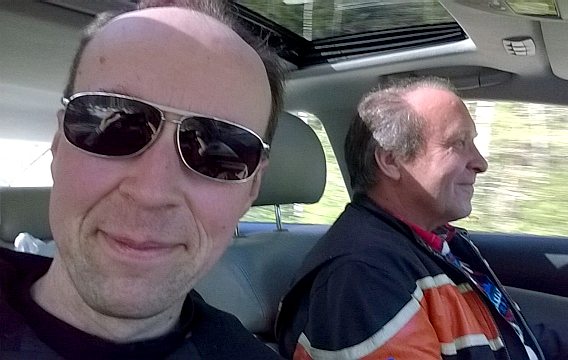 At the end of May of this year Soini and his closest associates saw that Jussi Halla-aho was going to win the leadership contest. The Finns party chooses its leader though direct democracy. Every party member has the right to vote in the election. Other Finnish parties have more indirect methods of choosing their leaders. The way the Finns party votes was considered a risk by the mainstream media as well as by Soini’s partners in the government.

On June 3rd newspapers belonging to Lännen media group published an article claiming that there were plans to create a breakaway group of 20 MPs from the Finns party parliamentary group that would support Prime Minister Juha Sipilä’s government. The news was instantly dismissed by Soini, who clearly indicated that he would never betray his party. In his past public statements he had said repeatedly that there’s no way back for anyone who leaves the party. In his own party Soini was an authoritarian leader who publicly criticized those of his own who had strayed from the party line. Those who continued to express dissenting opinions were thrown out and never seen again. 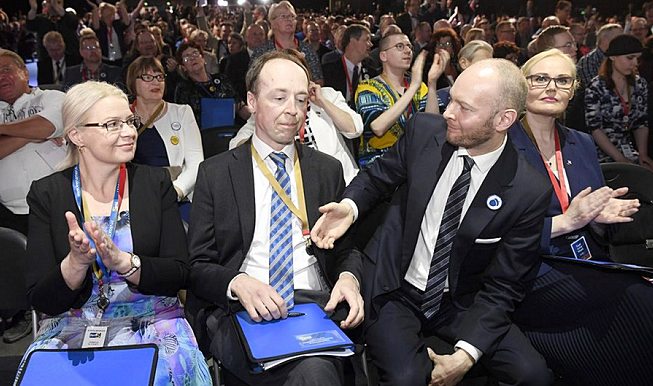 On June 10th MEP Jussi Halla-aho won the leadership contest decisively. He received 56 per cent of the vote in the first round and clearly beat Soini’s chosen heir, Sampo Terho. The party leadership and Soini loyalists were further shocked when all three positions of deputy leaders went to Halla-aho supporters. Defence Minister Jussi Niinistö was beaten in the contest for the first deputy leader by Laura Huhtasaari, also in the first round. Soini’s inner circle was left without any seats in the party leadership.
The events at the party convention in Jyväskylä deeply shocked Soini and his inner circle. Later on that Saturday, the inner circle met in a Jyväskylä pub to discuss their future. The inner circle consisted of Raimo Vistbacka (who held no formal position in the party), Jussi Niinistö, Sampo Terho and Timo Soini. After the drinking had finished at 5 AM the next morning, they had decided to get on with the plan. 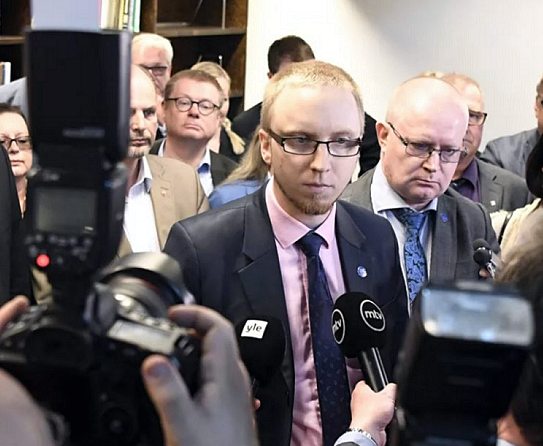 The execution of the plan…

4 thoughts on “Those Fissiparous Finns”