Our Israeli correspondent MC offers an outsider’s perspective on President Donald Trump and the sewer that is the political culture of Washington D.C. 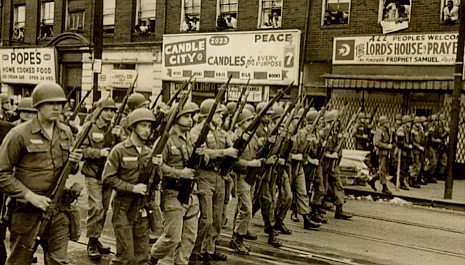 There is a group of historians, usually not from the USA, who perceive the Kennedy assassination as a coup d’état, in which Kennedy was replaced by LBJ in order to promote the Vietnam war and the rise of socialism in the nation.

President Trump was elected by a majority in the Electoral College, and maybe more people did vote for her than for him. But that is not the way things work, and next time it may be the other way around. US democracy REQUIRES that Dems and their RINO poodles shut up and get on with making America great because this is what the people voted for.

To work against President Trump by lies and innuendo is the first stage in yet another possible coup. We, as conservatives must take seriously what this means.

So what went wrong?

Throughout the world the media are pushing the same meme, a dangerous totalitarian meme that seeks to remove the idea of ‘good and evil’ and replace it with compliance. To achieve this, all must be reduced to mediocrity and blandness. All must know their place and become mindless drones exploited and entertained in turn and turn about.

Horrid terrorist attacks keep happening, which the media and the government seek to minimalize with a single voice in order to keep the pot simmering without ever actually boiling over.

Essentially, we live in an age of mind control. We are aware of the problems, but we are made to feel that doing anything about them is futile and dangerous. As such we are exactly where the controllers want us to be. As long as we are ineffective we are no threat.

President Trump was obviously not meant to win the election, so now the global monster wants him removed. The in-house elves have their instructions to undermine and accuse at all possible occasions.

One must ask oneself how a President can defend himself against a black op by an organization supposedly signed up for democracy and even bearing its name. The reality is that a POTUS — any POTUS — has to appear to behave in a particular manner, even whilst the reality may be something different. Obama, as a non-white, had a free ride because his political opponents respected, to a great extent, the will of the people, yet the race card was played at all possible junctures. Not so with President Trump.

When a political party loses its sense of morality, when the ends come to justify the means, then that party becomes one of tyranny and of terrorism along with their dogs and bitches, whatever their motives. What is happening to the President is political deception, a type of terrorism which is severely damaging America.

And the President can do nothing about it. He is powerless to defend himself. He has to keep to the rules, whilst his enemies, the dogs, can lie and cheat and steal with impunity.

The only thing that can save President Trump (and so save the world) is you the people. Whatever you think of President Trump personally, he won the election and he is therefore the rightful head of state deserving due recognition as such from all American citizens. Unless he commits an obvious ‘high crime’ or ‘misdemeanour’, then he has the unquestionable right to rule and those who seek to deny him this right are committing treason.

The Left hates to be exposed, and the Left hates being opposed, so that is what the people must do, The only time most representatives and senators listen to the people is when they KNOW that their tenancies are under threat. If they know that the people are going to throw them out at the mid-terms, then they will have to stop drinking the enriching kool-aid and start finding out what is the will of the people.

Trump cannot clear out the swamp single-handed, because the swamp starts at the polling booth near you. If you vote for the Soros-backed sheriff, then you too are enabling the swamp and its incumbent crocodiles.

The biggest problem America faces today is that it can be bought. It can be bought at any level, so the guy with the deepest pockets usually controls the dialogue.

Trump, as POTUS, does not have infinite power; that is the way the system is designed. Obama had extra power because his skin colour meant that his acolytes could accuse his opponents of racism, and because he chose to use this fear of racist accusation as a key to the Constitutional handcuffs that any (white) president has to live with.

Obama defecated directly into the swamp and made it even deeper and infinitely more polluted. To even start to clean up the mess, President Trump is going to have to choose his battles carefully, and in doing so, he is going to stir the faeces and some of it will stick. You the people must understand this and support him rather than hound him for irrelevant peccadilloes. He may not be able to address your particular gripe yet for awhile, but give him time.

We want HRC in gaol, and Bammy too if possible. We want the vote fraud exposed and eliminated. We want a fence and secure borders. These are all things that are ongoing, but they all take resources out of a finite pot.

Closer to (my) home, Trump brilliantly exposed the real Abbas as the long-time tyrant of the Palestinian people that he is. Unfortunately, Abbas is a lesser evil than the Hamas tyrants that would replace him, and if the American people can have problems electing decent honest politicians, then just how hopeless is it to try to do the same in Judea and Samaria (the West Bank)? That is, if elections are ever held there.

He has also isolated Qatar, which has, up to now, sat at the centre of an evil spider’s web of terrorist financing.

The obvious answer to the Palestine problem is to revert to direct Israeli rule. For the few years following the Yom Kippur War in 1973 this was the case. Palestine turned green and prospered, but then came the Clinton (dog). Once the political straitjacket of Islam and its built-in tyranny are removed, then Muslims can become real people, and this has been demonstrated many times in history. The religion by itself, whilst not very nice, is not what causes us grief; it is when Muslims gain political power that things become faecal for all and sundry, and most of all, for its Muslim victims.

Islamic ownership of politicians is a grave danger to democracy, as is the older communist infiltration. But worst of all is a generation taught to rely on their ‘emotions’, the little-boy-washed-up-on-the-sand type of emotions.

In the USA, it is the slanted history of slavery. In UK it is the fabricated cruelties of colonialism, and generations have been taught to feel betrayed by their culture. But it is a glorious culture brought low by lies and fake insinuations. There was good and bad; there were winners and losers, as is always so in ongoing history.

But we have been taught not only to project ‘blame’ but to also unquestioningly accept that projected ‘blame’. When accused by the controllers, we must meekly submit and accept blame as and when required and without and due process of research into truth. There is nobody alive today who is to blame for historical slavery in the USA, and those few thousands of white slaves in the USA belie much of the rhetoric of ‘racism’ connected with black African slavery.

Worldwide, more ‘white’ people were taken as slaves than ‘black’, and Islam was the religion of the masters of the slave trade in both cases. In the end, it was a business, which did not discriminate where profit was concerned.

We in Israel are accused of being an apartheid state by many intellectuals and SJW minded people. And if you start disassembling the idea of apartheid, it comes down to defending one’s culture; the idea that “high walls make good neighbours”. Palestinians have been brainwashed from an early age to hate Jews, and that their cultural duty is to kill Israelis wherever they find them. Israel is, however, entitled to defend its interests from those who have been taught to behave as animals where Jews are concerned. In a fair world the finger would point towards the Palestinian elite, but fair is of no concern when politics is about stroking the emotions.

So Israeli ‘apartheid’ becomes the unjustified narrative because people are just not prepared to check the facts for themselves. When given a project at school, I had to go away and research it for myself. However, my children were given pre-digested ‘fact’ sheets, and if they deviated from them they got a ‘D’. My children always therefore kept to those sheets, until, that is, they came to understand other truths, particularly ‘Creation’ truths. But that is a value system forbidden to most young people.

At university, when my daughter alluded to the holes in Islam, the professor’s response was “There are no holes in Islam” and gave her a ‘D’. Even universities no longer allow discussion or dissent.

We should not blame President Trump for what he has not yet achieved, but we must applaud his efforts. Although his immigration policies have been temporarily blocked, the Left has had to expose itself to do so. We await the Supreme Court decision.

In a way, the Supreme Court now has to either uphold the constitution or bring it down. What is on trial is the difference between the emotional law of modern times, and the rational law of a past age. In 1776 there was a different set of religious beliefs at play, whereas nowadays modern religion is obfuscated by political ideology and mythology masquerading as ‘rational’ thought.

When ‘religion’ becomes political, or the political becomes religious, then nasty things start to happen and we end up back in feudalism. When manmade ‘god(s)’ dictate policy then matters become very bloody indeed. Separation of Church and State is very difficult when the DNC becomes a religious body rather than a political body. The problem with religion emerges when the gods of the religion are fickle, and the interpretations are left to the priesthood. This is all too true of the atheistic socialism we see in the DNC, for the (non-)religion of atheism also has its elements of mythology.

The DNC priesthood has decided that their religion is above the Constitution and that they no longer need to adhere to it, or even to democracy itself. They have decided that their god(s) demand that the President be beheaded and sacrificed to the progressive deity of ‘reason’, much as in the French Revolution and its associated Terror.

So America has a stark choice: President Trump and the Constitution, or a nebulous man-made religion of progressive emotionalism. A hard-headed businessman or a little boy dead on the beach. The choice is yours, and only you, the American citizen can fix it, support the Constitution and the duly elected President, or invite in ever increasing chaos and mayhem.