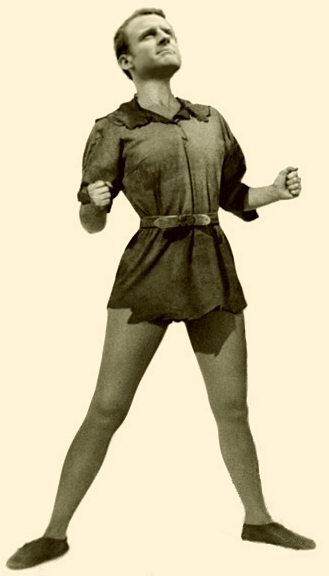 Back in February Emmanuel Macron, the future Wonder Boy President of France, was in Algiers apologizing to the former colonial subjects of France for the “colonial crimes” his country had committed against the Algerian people before he was born.

Below is an open letter to Mr. Macron written at the time by Bernard Lugan. Many thanks to Ava Lon for translating this piece from Boulevard Voltaire:

Launched on the political market like a new smartphone, you are, Mr. Macron, an ignorant thug, whose remarks about colonization are doubly inadmissible.

First of all because they were made in Algiers, before those professional independence fighters who — in an attempt to hide their failures, their looting and the regular deprivations imposed on their country — are constantly accusing France.

Some of your listeners who applauded your submissive comments (see Houellebecq), and in front of whom you actually acted the dhimmi, are indeed those who, on November 1, 2016, issued a communiqué demanding that France:

“[…] apologize officially to the Algerian people for crimes committed during the 132 years of colonization and for the colonial crimes perpetrated against the Algerian people in order to recall the pangs of repression, torture, exile, extermination and alienation of identity, because the history of colonialism will remain marked by its blood crimes and its inhumane practices.”

As a candidate for the presidency of the French Republic, you have therefore given your guarantee to such demands as outrageous as insulting. In doing so, you have become an accomplice to the pressure and blackmail that Algeria is exerting on France in order to obtain from it an increase in the number of visas or a certain diplomatic or financial advantage. In other times, you could have been prosecuted for “harming the fundamental interests of the nation”.

Secondly, because your remarks constitute not only a retreat of the state of knowledge, but also a violation of that historical consensus reached by historians on both shores of the Mediterranean. Now, out of ignorance or from miserable electoral calculations, you have trampled them.

In the name of what scientific legitimacy did you dare to hold them? Have you ever heard of the work of Jacques Marseille, of Daniel Lefeuvre, or of mine?

To dare to speak of a “crime against humanity”, awkwardly rectified as a “crime against the human”, about colonization, actually amounts to classifying the latter as a genocide of the 20th century, which is truly scandalous. In this field, you are therefore even more cutting-edge than Christiane Taubira [former French Minister of Justice], which is saying something …

Pierre Vidal-Naquet, a militant of the decolonization and assumed “water carrier” for the FLN [National Liberation Front, Algeria], wrote on this subject:

“To assimilate the colonial system to an anticipation of the Third Reich is a fraudulent ideological undertaking, scarcely less adulterated than the identification in Setif [city in Algeria] of colonial repression with the crematory ovens of Auschwitz and Nazism […] .Or, if the colonial massacres announce Nazism, we cannot see why the bloody suppression of the Spartacus revolt, or the Saint-Bartholomew, would not have announced it as much… In history it is dangerous to mix everything. Can nonsense be a work of reflection? […] the current social, economic and political context is still fruitful, which will continue to generate such ideological tone-ups with a predominantly media vocation.”

Yet you should know, Mr. candidate for the presidency of the Republic, that in creating Algeria, France gave a name to a former Ottoman colony, traced its borders, unified its populations, created an administration and all its infrastructures.

In doing so, would it have committed a “crime against humanity” or “against the human”? The figures for population growth do not seem to indicate this, since in 1830 the Muslim population of Algeria did not exceed one million inhabitants, whereas in 1962 it had jumped to twelve million.

Could France have been committing “crimes against humanity” when her doctors and nurses treated and vaccinated the population and reduced infant mortality? Is it because she committed “crimes against the human” that each year, from the day after the second world war, 250,000 births were counted in Algeria, an increase of 2.5 to 3% of the population , thus doubling every 25 years?

In this regard, let’s re-read René Sédillot:

“French colonization has encouraged ingenuity — or awkwardness — to the best of its ability to promote births: not only through family allowances, but also by the creation of hospitals to combat the sterility of women. Thus, when they were afraid of being repudiated by their husbands, because of not having given them children, Muslim women could find in the reception centers, equipped with the most modern means, all the necessary assistance to obtain maternal dignity. […] (History has no meaning, Paris, 1965, page 71).”

Finally, since your indecent remarks in Algiers require us to make accounting balances, here, Mr. candidate for the presidency of the Republic, is one remark that can be made about French Algeria: in 132 years of her presence, France created Algeria, united it, drained its marshes, improved its lands, equipped the country, cared for and multiplied its populations, offered it a Sahara which it had never possessed after having discovered and exploited its sources of energy that today create its wealth. As I have been writing for years, when giving independence to Algeria, France left there 70,000 km of roads, 4,300 km of railways, four ports equipped to international standards, a dozen major airfields, hundreds of civil engineering structures (bridges, tunnels, viaducts, dams, etc.), thousands of administrative buildings, barracks and official buildings owned by the French State; 31 hydroelectric or thermal power stations, a hundred important industries in construction, metallurgy, cement works, etc., thousands of schools, training institutes, lycées, universities. As early as the year 1848, when the conquest of Algeria was far from complete, 16,000 mainly Muslim children were enrolled. In 1937, there were 104,748, in 1952 400,000, and in 1960 800,000, with almost 17,000 classes, or so many teachers, two-thirds of whom were French (Pierre Goinard, Algeria: the French work, Paris, 1986).

In Algeria in 1962 there was a university hospital with 2,000 beds in Algiers; there were three major hospitals in Algiers, Oran and Constantine, 14 specialized hospitals and 112 multi-purpose hospitals, the exceptional figure of one bed for every 300 inhabitants.

All these facilities, all this infrastructure, all these institutions as well as the personnel who made them work, had been paid for by France and with the money of the French.

Mr. candidate for the presidency of the Republic, I am posting to you this morning in RAR [file format] my latest book: Algeria, the Story in Place, so that you can measure the abyss separating the historical reality from your unacceptable remarks.

Bernard Lugan is a historian and a specialist on Africa. He is also an expert at the ICTR [International Criminal Tribunal for Rwanda — one of the UN International Tribunals], a lecturer at the Center for Advanced Military Studies at the Institute of Higher Studies in National Defense, and he directs a seminar at the Joint Defense College (École de Guerre).