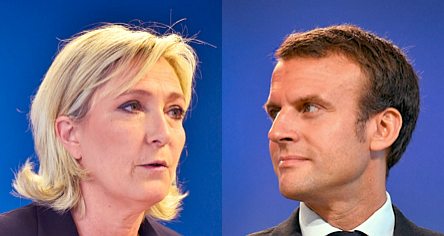 Many thanks to Ava Lon for translating this op-ed from the Breton-French patriotic website Breizh-info:

Laurent Obertone: “France has once again chosen the party of the Titanic”

The successful writer Laurent Obertone — whose next book, which promises to be shocking, comes out on September 21, still published by Ring — reacted to the election of Emmanuel Macron on Sunday, May 7, 2017, on his Facebook page.

Here is what he said:

The fall of Big Brother is therefore postponed. France has once again chosen the party of the Titanic. Do not draw exaggerated conclusions: a vote is not an intellectual exercise.

If identity philosophy and anti-system thinking predominates, basically the voter is first and foremost a reptile consumer, who largely follows his instinct replaced by the advertising hype: Macron-economy-good-me-have-to-eat-still / Le Pen-economy-bad-me-fear-difficult.

This election is the defeat of a majority that was mostly deceived.

Do not waste your time insulting your compatriots: not long ago, this conditioning had hold of most of us. This is now evolving.

The disappointment that will follow the election of Macron will be considerable. The “COEXIST”, here and elsewhere, will shatter itself on the wall of reality. Immigration, replacement and insecurity will become central and unavoidable issues. The gulf between identities and morals will continue to widen. It is inevitable, and this election is only one step in the process.

Always more intelligence and means will join “the sect of open eyes”. This movement is not reversible. In recent years, it has enjoyed considerable growth in England, the United States, Russia, Eastern Europe, and at home. In coming months it will continue to gain followers and gain influence. Victories and solutions are coming. Never believe that the situation is lost. Do not give them this gift, as long as we are still there — and we are millions.

It would be salutary to stop putting all hopes on the political thing. It’s important, but it’s not everything. The best way not to despair is not to put your hope in someone other than yourself. Don’t wait for a party or a messiah to come and save our country. To hope, to wait, is to already forget about thinking and acting.

It’s up to us to act, here and now. A battle of influence, of every moment. Creating media, sites, groups, thinking strategies, organizing networks, occupying the field, investing, editing, broadcasting, etc.; the possibilities are endless, within reach of all. As long as you breathe, you must act.

If you lack inspiration, I advise you not to miss my next essay on France, which will appear in 2018, and in which I will give a complete and very concrete reflection on these fundamental subjects.

More than ever, by all means, fight for your intellectual and moral sovereignty, for that of your loved ones, for that of all of us.

The regime can despise us, insult us, hunt us down, censure us, but it will not reduce us, and we will be the ones to reduce it. In recent weeks, it has learned to be afraid: it’ll have to get used to it. As long as it doesn’t yield to our will, as long as it wants the death of our people, as long as it threatens the heritage of our ancestors and the future of our children, this regime will experience neither rest nor indulgence.

In summary: avoid hope that condemns us to wait, and avoid despair that leads to abdication.

Everything is possible on the condition of willing and acting. Be alive, independent, irrecoverable and irreducible. We will win.

28 thoughts on “Laurent Obertone: “France has once again chosen the party of the Titanic””