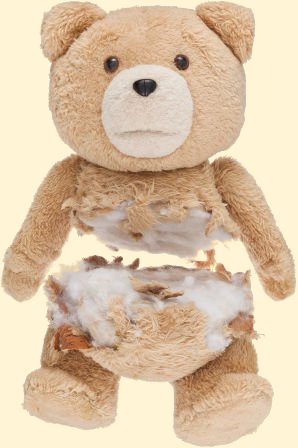 Don’t you wonder how the Aftermath of Public Massacres will evolve? I mean, there has to be an end to teddy bears and flowers, right? How many candles can you light before the sidewalks are slick with wax?

Well, the mother of one of the dead victims of the Manchester bomb blast is honoring her daughter with a tattoo. Of a bee. Because it’s the old working class Manchester’s symbol. You know, underpaid worker bees. Drones.

Hundreds of Mancunians have been queuing to get their city’s symbolic worker bee tattooed on them in the wake of the terror attack that rocked the city.

Members of the public were filmed outside the city’s Holier Than Thou tattoo centre as they waited in the scorching sun, while other parlours reported large numbers queuing for the design.

Minimum donations of £40 were taken from customers, but many were paying up to £100 for their bee tattoo, with all the money raised being donated to the Manchester Arena Victim’s Fund.

The worker bee was adopted as a motif for Manchester during the Industrial Revolution.

Among those to get one done was Charlotte Campbell — whose daughter Olivia was one of 22 people who died when Salman Abedi detonated an explosive device after an Ariana Grande concert on Monday night.

As the mother of a dead daughter, I can sympathize with this mother’s overwhelming need to do something, anything, to make her suddenly and cruelly vanished daughter feel more present to her. But even had I thought of it, I doubt I’d have gotten a tattoo in a desperate attempt to replace my child.

Predictably, the sheep good citizens of Manchester are lining up behind this mum, waiting to get their skins inked, too. Why, that’ll show those terrorists! At forty pounds a pop, and even more from those who can afford it, these monies are going to be donated to “The Manchester Area Victims’ Fund”.

But it gets worse. The Mail reports:

Her distraught mother described the heart-sinking moment a police liaison officer told her Olivia had died.

She said: ‘I got the call, I was outside and I got the horrific news. I looked up to the sky and a shooting star went across.

‘At that time I didn’t think anything but I look back now and it was Oli passing over. It was phenomenal.’

Ms Campbell claims she received 18,000 Facebook messages after the news of her daughter’s death, the sheer volume broke her phone.

She has now revealed how the family want to make Olivia, who was a talented singer, a star.

They plan to rope Simon Cowell into this effort. He is no doubt hiding somewhere, waiting for the whole thing to blow over. And no doubt it will. If Londoners can get over the 7/7 bombings, Manchester can move past a concert. Look at how Paris has coped: y’all can do it just as well when the next slaughter happens, surely? Show those French how to do it.

No one in Manchester appears to be angry (though some appear to be barking mad) about the slaughter. It will make them stronger when they don’t get angry, see? And stronger for what, precisely? I do hope what they mean is they will strongly prohibit their teenage children from attending large concerts without wearing full Kevlar body armor.

Now some are muttering because the Queen went to see the victims (about darn time, your Royal Highness. Why weren’t you at Lee Rigby’s funeral?) but the star of the show hasn’t done the same. I would imagine she is somewhere shaken to her soul, never mind noblesse oblige visits to those who were lucky enough to survive the carnage caused at her venue.

Islamic terror will change how we live. It will damage us economically — want to visit a mall? It will trap us into a spiritual vacuum — i.e., what’s the point of fighting back when you’ll just get charged with hate speech?

For years, Brits have told me, “you just wait. The day will come when we won’t take it anymore. And then you’ll see some bloody changes”. Well, the day has come — it has dawned several times now — and I see no changes. Nothing. Just an ever more repressive government.

Getting your skin inked in a medically questionable procedure isn’t gonna do it, y’all. Not even close.

And you don’t need a Victims’ Fund in Manchester. You need a Fighters’ Fund, for heaven’s sake! Fight back while you can or continue to watch your children die… if enough of you man up, including the mothers, the police can’t put you all in jail. Overwhelm them with your numbers and your rage!

You don’t have full freedom anymore, do you? If you did, there would be gangs of angry dads out in the streets now. But the government was one step ahead: what do you think those protective government troops were designed to do? I believe they were a visual message to the families, as in “watch your step there, mate”.

At this point, Manchester, what do you have left to lose?

61 thoughts on “Flowers and Teddy Bears? Not for Manchester”