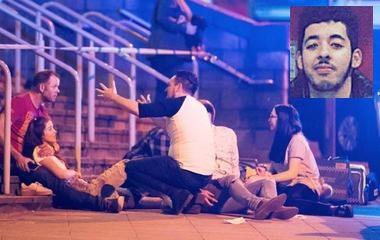 The following essay was originally published at the Polish website Euroislam.pl in a slightly different form:

Do Not Accept Islamic Terrorism and Islamism as the “New Normal”

After the Manchester attack it is clear that yet another act of terror moves us less than previous attacks. We discuss less, we are less outraged, there are fewer expressions of solidarity. We start accepting it as the “new normal”.

Accommodation to an existing situation is a human habit. We could observe it in even such extreme conditions as German Nazi death camps. The same thing also happens in media outlets. After the invasion in Iraq, every suicide bombing was noticed. But as months passed by and there was yet another, and another, the number of casualties got… boring.

On the one hand terrorists want us to be shocked, outraged; they want to provoke conflict. So one might claim that less excitement about another attack will make the achieving of their goals harder. But that can also mean that they will try to find something more attractive for the media, which means more violent.

But there is also another side. Politicians, security officials, and journalists want to convince us that terrorist atrocities are part of the risk connected with life. We hear London’s mayor Sadiq Khan saying it is “a part and parcel of living in a big city” to risk becoming a terrorist’s victim. We hear that those lone wolves are unpredictable and impossible to spot, even though they are on police watch lists. Convincing us to believe it will make politicians’ lives easier. And that is exactly the opposite of what we should do.

In that sense it is worth noticing Maajid Nawaz kicking lazy bottoms which hide their ineffectiveness behind the freshly coined phrase “lone wolf”. Politicians who use it to say that there is no good solution. Security officials who say that they are unable to monitor the whole of society. Finally Muslim communities, who can claim that there is no general problem with radicalization; there are just isolated cases.

However, there is another “new normal” being accepted — Islamism and Salafism. Specialists and security officers are not targeting anti-democratic groups. They claim they are unable de-radicalize them. They are focused on ‘disengagement’, meaning they want to pull radicals away from being violent. Ultimately, they are afraid that targeting those groups will lead to an escalation of violence.

So, as a result, we have various Muslim organizations labeled by security services as fundamentalists, extremists, but they operate without obstacles. For instance IGD (the Islamic Community of Germany), which BfV (the Federal Bureau for the Protection of the Constitution) believes to be a part of the Islamist movement, but at the same time it is one of the major partners in dialogue between the government and Muslim communities.

If we are going to accept that as a new normal presence, we also must accept that kind of future. With the current demographics and immigration patterns it means we must accept the end of democratic states.

Jan Wójcik is the president of the anti-Islamization European Future Association, which runs Euroislam.pl, and is one of the top experts in his field.