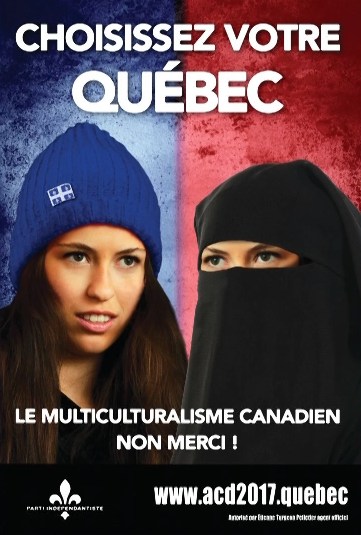 Alexandre Cormier-Denis is running for office in Quebec as a staunch opponent of Multiculturalism and Islamization. When his supporters put up posters like the one shown above (“Choose your Quebec”), they caused outraged among Muslims and their leftist allies. A complaint was made to the police, and the police reaction was to take one of the posters down.

As Mr. Cormier-Denis points out in the video below, the action by the police violated Quebec’s electoral laws. The police chief apologized, and the poster went back up. Yet the fact of the initial response — instantly giving in to complaints by the perpetually offended — gives us an indication of the state of PC degradation into which Quebec has fallen.

8 thoughts on “Choose Your Quebec!”