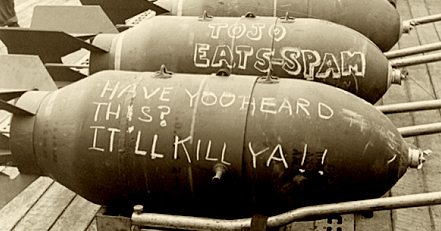 I know that what I’m about to say will confirm my status as an incorrigible and superannuated curmudgeon.

I know that the story below is intended to be inspirational and uplifting in the wake of Monday’s jihad terror attack in Manchester.

I know that the British people need to feel that their political leaders and their military are doing something meaningful in response to the “senseless evil” perpetrated by Salman Ramadan Abedi.

But this does not help.

The enemy is not over there in the “sandbox”. The enemy is in Manchester and Birmingham and London and Glasgow. The enemy is in Amsterdam and Oslo and Malmö and Berlin and Munich and Vienna and Toronto and Montreal and Sydney and Melbourne and Brooklyn and Dearborn and Minneapolis.

The enemy is among us, and there are millions of him, if you count the active wannabe shahids plus those who support, maintain, and provide cover for all those “youths”.

This gesture feels good, but it’s essentially meaningless. At best it’s a diversion from the awful truth. It’s one more way of NOT looking the problem squarely in the face.

The story is meant to evoke the pride and solidarity of the war fought from 1939 to 1945 by the Greatest Generation. But Coventry wasn’t full of Nazis when the Luftwaffe bombed it. And the Blitz was not carried out by German suicide bombers who blew themselves up at public events in London.

We could pave the entire Middle East over from sea to shining sea and not change the course of events in Manchester or Luton or New York. The RAF and the USAF could bomb Syria and Iraq for twenty years, and during that time the super-fecund Muslims in our midst would have more than doubled their numbers — even if none of their coreligionists manage to escape their native hellholes, cross our non-existent borders, and settle here as “refugees”.

This story is a distraction from the horrible reality of what we face.

Here’s the report from The Daily Mail:

RAF crew scrawled a message on a missile on its way to blast ISIS targets in Syria that read ‘Love from Manchester.’

The defiant note was initially believed to be a social media hoax but RAF bosses confirmed its veracity later today.

It is understood it was the brainchild of a drone squadron based at a secret location in the Middle East, in response to Monday night’s terror attack at Manchester Arena that claimed 22 innocent victims.

It was reported to be a Hellfire missile on social media, although it was later confirmed as a Paveway IV bomb.

The picture appeared on Twitter with the caption: ‘RAF Armourer on a Reaper UAV squadron wrote this on a Hellfire (sic) missile before taking off on a Syria mission’.

An RAF spokesman told MailOnline: ‘The RAF can confirm the photo was genuine’.

A source said: ‘The sentiment of the message is understandable under the circumstances.

‘There’s a history of messages being written on missiles in the RAF.

‘It’s unlikely the individual responsible for it will be disciplined.’