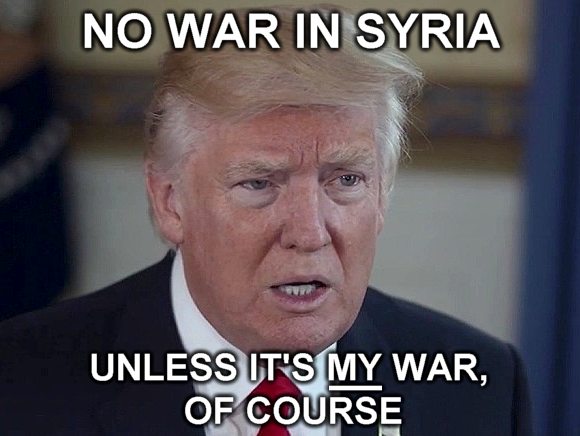 Commentary from Dymphna: This is a disturbing meme. The Deep State got to Donald Trump. By one means or another the permanent government has a tight hold on the gonads of most members of Congress. The intelligence community must have had a little private chat with Mr. Trump and told him they could make sure that none of his agenda was enacted. However, if he left them alone to manage the geostrategic field, he could get some of his domestic policies enacted — e.g., at least part of the Wall, the Supreme Court nomination, his tax cuts, perhaps his infrastructure projects.

See the sudden progress of the Supreme Court nomination? Neil Gorsuch has been confirmed by the Senate, a severe blow to the liberals.

And President Trump has kept his end of the bargain.