The following report discusses the need to confront “violent extremism” in Switzerland. The use of the same expression here in the USA would mean that the authorities were planning to crack down on militias and Tea Party supporters. However, the article from last month’s Neue Zürcher Zeitung seems to be referring to nothing but Islam — with the words “extremism” and “radicalization” being used to avoid mentioning JIM more than absolutely necessary.

In the battle against violent extremism, good prevention is decisive. What is needed is knowledge and understanding in dealing with Islam. 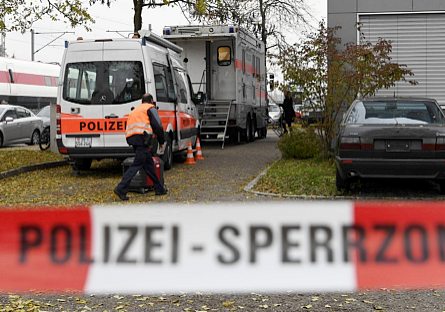 A casual remark in an “Arena” (Swiss Radio and TV) program last year was enough to publicly refocus on dealing with jihad sympathizers. Coincidentally, there was at the same time the report — which became known nation-wide — of the episode of the two brothers from Therwil, who refused to shake their (female) teacher’s hand. For weeks, the official public voices for Basel floundered in attempts to react appropriately to the intolerable event. Neither the school nor the authorities were ready for this subject.

Obligation of Schools and Social Authorities

It is clear. Neither intelligence agencies nor police are on the front line when it comes to acting against an impending radicalization. Combatting violent extremism to prevent assaults must begin before potentially susceptible persons appear on the radar screens of administrators and investigators. It is the responsibility of schools, social authorities, counseling services and sports organizations. Recognition of this runs like a visible thread through the third report of the working group “Terrorist racking”.

Perspective shifts for various reasons. First, the security apparatus is expanded — for instance, by revision of the law governing intelligence services. There is always a certain backlog, but it steadily decreases. Second, intervening as early as possible enhances the chances for success, because the radicalizing of the vulnerable person is not far advanced. When it is necessary to call the police, it is often too late. Third, the preventive measures taken ahead of time by authorities facilitate multi-faceted initial confrontational police actions, which also impinge on legal limitations.

Knowledge Instead of Indifference

Not just working groups, draft documents and new counseling centers are needed, but also a different way of handling Islam and its extremist offshoots in Switzerland. At present, perception swings back and forth between a strict-to-fanatic rejection of Islam and a comfortable, quite random and arbitrary multiculturalism. Both attitudes are expressions of a kind of indifference, which dims the ability to see potential danger. Anyone who wants to be effective in opposing tendencies to radicalization must go into action with knowledge and understanding. That is a major challenge for schools and other institutions. But that is the only way the proper conclusions can be drawn from a refused handshake, so that radicalization can be prevented as in as timely a fashion as possible.

One thought on “A Call for Preventive Measures in Switzerland”