George Igler sends this guest-essay with an overview of the multiculti madness that has descended on Western Europe, and especially on Sweden. 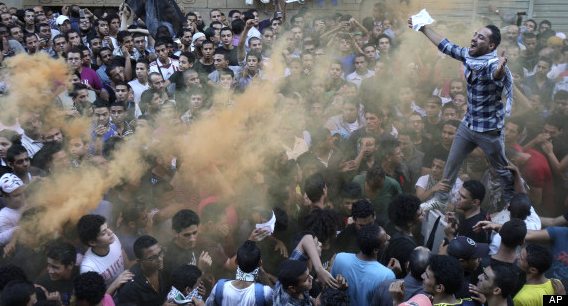 Stockholm Syndrome in an era of Fake News

As a result of a bank-robbery-turned-hostage-situation in 1973, Sweden’s capital city has given its name to a particular form of traumatic bonding, which can occur between persecutors and their captives; or those made victim to indiscriminate abuse.

The extremity of the emotional trauma endured by individuals held hostage or subjected to torture sometimes produces a desire to mollify and make excuses for the perpetrators; as individuals equipped with empathy, attempt to rationalize the amoral conduct of those in whom it is plainly absent. Imagining a victim of the notorious South African secret policeman Gideon Nieuwoudt, for example, makes so-called Stockholm syndrome somewhat easier to comprehend.

Opining on his “work” during the Apartheid Era with deeply unsettling satisfaction, Nieuwoudt described the incremental interplay between his use of the rubber hose and electric shocks, as ‘the black notes and white notes’ on a piano, aimed at producing a ‘sweet melody’ of compliance in those he tortured. When sane innocents fall into the hands of those whose capricious mercies seemingly govern their fates, it is all too easy for desperation to prompt desired explanations, in the minds of victims, to likewise drift into the patently deranged.

Rioting by predominantly Muslim youths within both Sweden’s capital and the capital of France has recently come to prominence in news reporting in both countries, and internationally. Such unrest has often been put down to feelings of “alienation,” situations of “disadvantage,” and in the case of rioting in Paris, inappropriate isolated conduct by local police. In other words, the perpetrators have largely been portrayed as victims, rather than what they truly are: excitable young Muslim males in the main engaging in criminal conduct, perhaps, because they see themselves as French or Swedish merely as a matter of location rather than as a matter of fact.

This brings us to the subject of Fake News, a neologism presently finding much currency in the United States, prompted in part by a recent focus on events in Sweden: a country where immigrant gang violence is now so commonplace that some locals have resorted to purchasing bullet-proof vests. The Swedish parliament’s response to this development, naturally, has been to declare the vests illegal, thus both denying the core and alarming problem of assimilation faced by Sweden, whilst placing the defensive items solely within the hands of criminals and outside the reach of law-abiding Swedes.

Dr Sebastian Gorka, a Special Assistant to the President of the United States, has credibly defined Fake News in America, as the hyper-concentration of the mainstream media onto “tiny soundbites” extracted from statements by the likes of President Donald J. Trump. The clear objective of this process is to construct massive straw men, against which that same media can then react with incensed and entirely synthetic outrage, as occurred on February 18, when President Trump made an off-the-cuff reference to the terror often gripping communities in Sweden on a nightly basis.

The ground-level consequences of rape, crime and extreme violence, of the multiculturalist policies of successive governments in Sweden — a self-declared “humanitarian superpower” — in terms of its open borders towards mass migration from the Muslim world, has for many years been exhaustively documented at more recherché analytical outlets, such as the Gatestone Institute. Yet the key moment came with the immediacy of the reaction to the President’s comments, delivered by the likes of, inter alia, the BBC, NPR, CNN, the Guardian, the New York Times, and Vanity Fair, echoing statements of “baffled ” astonishment by Swedish national spokespersons, evidently parroting their government’s script of effortless multicultural polyphony.

Seemingly, not even a heartbeat’s pause was left for such inconsequential necessities as actual investigative journalism or research, which might have revealed figures like Gordon Grattidge, the President of the Swedish Ambulance Union, who in a recent interview spoke of ‘hand grenades’ being ‘thrown at police’ in majority-immigrant areas in his country. Indeed, the realities of life in Sweden, rarely featuring in mainstream reporting outside of the nation, lend credence to the argument that, far from being a means of achieving consonance and integration between immigrant Muslim communities and native Europeans, multiculturalism, in fact, is simply a word for not having any such credible means at all.

Speaking to the Swedish journalist Paulina Neuding on the need for ‘military equipment in order to protect paramedics on emergency call[s]’ in immigrant-dominated no-go zones, the Ambulance Union chief recognized that though it may be a ‘sensitive and controversial’ subject, the ‘hazardous areas’ that put emergency services personnel in danger were easy to identify. ‘In these areas, no-go zones, the majority of the people are immigrants,’ Grattidge explained. ‘We see that these types of areas are increasing in number. In these areas, it is important that we have a high-risk approach, and that we get personal protection.’ The Ambulance Union chief concludes by agreeing, that as Sweden’s no-go zones grow further still, the violence and threats experienced within them are ‘definitely’ escalating, as confirmed by both local media reports and those his union receives from its members.

Such “alleged” no-go zones include the notorious Stockholm suburb of Rinkeby, subjected to persistent riots, lootings, car burnings and attacks on police during the month of February. In the ‘densely migrant-populated suburb,’ local journalists have also come under attack, including a photographer for the Swedish newspaper Dagens Nyheter, subjected to ‘a lot of punches and kicks on both the body and the head’ by up to 15 assailants of migrant origin, requiring a stay in hospital. Other domestic journalists have described recent riots in Stockholm as more than extraordinary. ‘It looks like a war zone here,’ said an unnamed freelance photographer cited by SVT, the Swedish public TV broadcaster. In another equally notorious Muslim immigrant-dominated area of the country, Malmö, the German magazine Bild has declared that the Swedish police have simply ‘lost control’ of the country’s third largest city.

So, in what way has Sweden’s government, in Stockholm, responded to this year’s events of widespread violent unrest in the country? How did the world’s first self-declared “feminist government” present a statement of intent towards the growing Muslim migrant populations increasingly dominating Sweden’s news agenda and now, finally, also being reported across the globe? A photo-opportunity, in which Sweden’s Deputy Prime Minister Isabella Lövin was pictured alongside her female cabinet colleagues, on February 3, was certainly instructive.

The picture tweeted by Lövin, also, quite possibly, points to a far longer and more malevolent tradition of Fake News — within a uniquely European context — namely, the promotion of entirely facile stories, prompted by an agenda aimed at presenting the direct opposite of reality. In the photograph, intended to mock President Trump’s signing of Executive Orders — like the one published on February 1, aimed at limiting the entry into the US of citizens from 7 Muslim-majority countries in which Islamist terrorists are the most active, until the introduction of more rigorous vetting procedures — the government of Islamic migration-friendly Sweden presented itself as a morally superior alternative.

A few days later, on February 12, female members of that very same doggedly “feminist” government of Sweden, were shown in footage filling past the President of the Islamic Republic of Iran, with their heads all dutifully veiled. A statement of submission in stark contrast to that made on February 21 by Marine Le Pen, currently riding high in the polls for this year’s Presidential elections in France — arguably as a consequence of “Les Excitables” — when she pointedly refused to wear a veil, resulting in the cancellation of a scheduled meeting with the Grand Mufti of Lebanon.

Could it be that unlike Deputy Prime Minister Lövin, Mme Le Pen recognizes that when a pair of mutually-contradictory ethical standards confront each other — such as one in which women are considered chattel, and another in which they are liberated — that there are ultimately only two possible eventual alternatives: capitulation by one side or the other, or, a permanent and growing impasse?

Whatever the case may be, with reports of migrant violence growing in both nations, Italy’s Senate is currently mulling a bill which would make the publication of alleged “Fake News” illegal — punishable by fines and imprisonment — while government MPs in Germany have called for similar measures. Both proposals are expected to exempt the “trusted” outlets of the mainstream media. It is hard not to conclude that, in this latter context, such eventually illegal reporting will truly come down to whatever those in power find disagreeable — especially in communities where “replacement migration” is causing protests of despairing impotence among the locals.

And what of Sweden, a nation which in both per capita and ethical terms has had the largest commitment to mass Islamic immigration of any country in Europe? Even some mainstream parliamentarians are belatedly accepting that integration just ‘doesn’t work,’ in a country where it takes on average nine years for new arrivals to find a job. The only solution being proposed, by the likes of the Moderate Party’s Niklas Wykman MP and Cllr Alexander Abenius, is elevating still further the contributions of Swedish citizens, already subject to the highest income tax rate on the continent.

Given that the rather obvious problem is that increasing areas of Sweden are just not Swedish anymore, such measures will presumably be aimed at finally producing that ever-elusive and long sought after “sweet melody” of multicultural harmony.

Between 2010 and 2016 George Igler aided those facing death across Europe for criticizing Islam.

18 thoughts on “Stockholm Syndrome in an Era of Fake News”