From Edward Cline, a good essay on Islamophobia and assorted terms. As I do, Mr. Cline loves words…

The original essay, of which this mirror is only a portion (edited for clarity), has links and some wonderful images that aren’t included here. It’s worth a visit to his website, “Rule of Reason”, to see this and other writings. 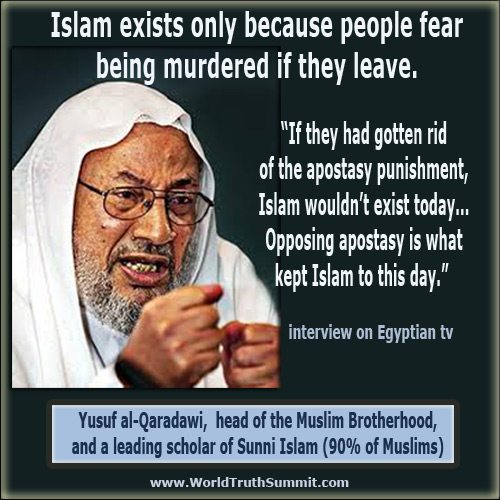 We all know — “we” being those who bother to read or think about it — what “Islamophobia” is.

I’ve discussed Islamophobia in dozens of columns over the years. Islamophobia is a (morbid) fear of Islam, Muslims, about how they can reduce an advanced nation to an Islamic pest hole (and hardly “multicultural). It is the fear of anyone who swears unswerving allegiance to Islam, and starts slaughtering infidels, or of anyone who blinks or submits in indifference to Islam, such as most of our politicians, and of dhimmis (a.k.a. the dimwitted, clueless activists who believe that Islam is a “religion of peace”), that is, of morons who carried “Refugees Welcome” signs in virtually every Western country.

One correspondent ingeniously devised a new term, Islamo-hegemony, which aptly describes and identifies the principal end of Islamic doctrine and methodology (stealth jihad), which is to establish Islam as the supreme political and religious “way of life” everywhere it turns Western gold into Islamic lead. She also devised another apt term — Islamo-catatonia — which is “unresponsiveness to negative information about Islam.” That is, it is a shrug of the shoulders when reading that women have been raped and beaten by Muslim migrants, or that another woman or girl has been “honor-killed,” or that an infant Muslim girl has died after undergoing female genital mutilation (FGM).

But Islamophobia isn’t limited to those who know the score about the belligerent, violent nature of Islam and want to fight it or speak out about it. It emasculates and terrifies those who are first-hand witnesses to it, chiefly in Europe. Europeans are rendered impotent not only by their own “Islamophobia,” but [also] by fear of their own governments, which have penalized any criticism of Islam with stiff fines, prison time, or “shaming.”

To be afraid of “blasphemy laws” (particularly when they shield Muslims against legitimate or scholarly “trash talk” about them, Allah, and Mohammad) puts freedom [of] speech and open discussion about Islam at a premium. Europeans, especially Swedes and Germans, are in a catatonic state, afraid to “blaspheme” or to help victims of Muslim sexual assaults. If a Swede or a German appeared in a public space carrying a “Refugees Not Welcome, Go Home,” [sign] he’d be handcuffed and hauled off almost immediately. He wouldn’t need to appear in person; the monitoring of his email account would be enough for the state to beat him down.

It’s frightening when a Western country, such as Canada, seriously contemplates censorship by declaring that any utterance or print[ing] of statements that can be declared “Islamophobic” [is] punishable by the state.

Doubly frightening now is that two of President Trump’s national security advisors, Lt. General McMaster and Sebastian Gorka, advise that connecting Islam, such as the term “Radical Islamic Terrorism,” to terrorism is “unhelpful” in the war against Islam, because they claim that Islam has nothing to do with waging jihad; [it] has been “hijacked” by Islamic terrorists who quote the Koran chapter and verse (clueless and literally dumbfounded George Bush started the “hijack” meme on 9/11) every time they slaughter people in Allah’s name… [Thus] the term “Radical Islamic Terrorism” won’t ever escape McMaster’s or Gorka’s lips (even though Trump said it during his speech before the Joint Session of Congress, perhaps in defiance of McMaster and Gorka).

I sincerely hope Trump gets his facts straight and shows McMaster and Gorka the door.

On March 3rd, [the website] Gatestone carried a hard-hitting column by Judith Bergman, “The West Submits to Blasphemy Laws,” in which she details just how dhimmified Western governments have become in the face of Islam. Blasphem[y] laws are becoming ubiquitous, even in North America.

The West is submitting to blasphemy laws. Denmark, for example, has apparently decided that now is the time to invoke a dusty, old blasphemy provision. Denmark still has a provision in the penal code against blasphemy, but until now, it has only been used three times. The last time was nearly half a century ago, in 1971. Denmark’s Attorney General has nevertheless just charged a man for burning a Quran.

In Norway, the provision against blasphemy was abolished in 2005. A poll conducted in January showed that 41% of Norwegian Muslims believe that blasphemy should be punished, and 7% believe that the penalty for blasphemy anywhere should be capital punishment…

In Britain, at least one man has been prosecuted and sentenced for burning the Quran (in 2011) and several arrested in 2010 and 2014

There is more at the site, including some useful links. I especially like the images he chose to illustrate this essay. I decided to bring along only one of them. It’s an important quote, one that every Counterjihad fighter should know. Those moral midgets hold their believers hostage.