Our German translator JLH reads everything in the German media so that you don’t have to. Here’s his selection of headlines from over the weekend to give you an idea of what’s going on in Mitteleuropa these days. 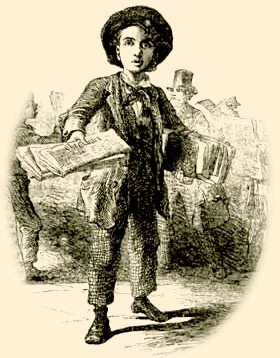 What do the weekend German-language publications think is worth their top headline?

In recent weeks several Turkish ministers have been refused campaign appearances in Germany. Erdogan used the occasion of World Women’s Day to campaign for a “yes” vote on a referendum for a presidential system of government in Turkey. Thousands of women in Istanbul and elsewhere were on the streets to demonstrate for “no.”

International demands for investigation, Corruption scandal threatens to involve much of Latin America and beyond — see Fausta’s Blog.

Battle Of A Desperate Man

The struggle of François Fillon to stay in the French presidential race, despite charges of nepotism.

Allegations of widespread abuse overtake the sect as it has its annual meeting In Zurich.

Prices Of Hotel Rooms Have Consistently Fallen For 4 Years

Visitors are happy. Hoteliers are not.

Germany’s Military: Due To The Savings Diktat, The Armed Forces Are A Platform For Leftovers

The dangerous deficiencies in equipment and personnel highlighted by reaction to Mattis’s words to the EU.

Nobody knows what happened.

A pro-immigrant socialist party official answering moderately an interviewer who wants to hear that Sarrazin damaged the party and that they need to appeal to immigrant voters.

After Charges Of Phone-Tapping, Trump Demands A Congressional Investigation Of Obama

Well, everybody over here knows about that.

The Radicals Next Door

Several young to middle-aged men accused of causing an explosion which could have killed someone, and did damage to property at the headquarters of Die Linke (the Left) in Freital. Intimations of influence by Pegida, an actual contact of one of them by Facebook to NPD, reasons = hate of foreigners, etc. Vignettes of the men, emphasizing how ordinary they were until something happened and they are now supposed to be right-wing terrorists.

The UN Accuses Us

Why Africans Must Fear Us Germans, What A Good Lobbyist Needs To Know And What Our Millionaires Are Running From

The UN sends “experts” to find out why black Africans fear Germans (and nonetheless can’t wait to arrive there in the hundreds of thousands) — for instance because of prejudicial names like “Moor Street” (five in the whole country!)

And are the German millionaires fleeing, like the French millionaires before them, because of “religious tensions”? Or are they scared to death of the Islamists?

Dissatisfied US President — Never Before Seen so Furious

Friday, before taking off for Mar-a-Lago, in the “holy-of-holies” of American democracy, the Oval Office, Trump “hit the roof” over his people reacting wrongly to the accusations against Jeff Sessions. Of course, the real reason for dissatisfaction is that he and his people haven’t been able to make the transition from campaigning to ruling.

2 thoughts on “All the News That Fits, German Edition”