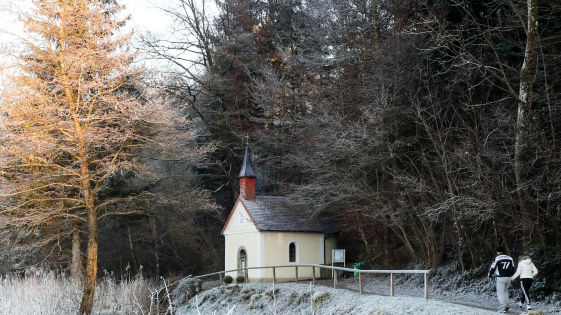 When Islam overruns and conquers a formerly non-Muslim polity, one of the first tasks it sets itself is to erase all evidence of the jahiliyyah, the “time of ignorance” that preceded that region’s submission to Allah. Anything that contains references to pagan idols or to deities other than Allah must be destroyed. Musical instruments, works of art and literature, statues and tapestries — all are considered idolatry, and must be consigned to the pure consuming fire of Islamic righteousness.

From an Islamic point of view, the churches of Europe are evidence of shirk, or polytheism, and thus part of the jahiliyyah. When the Islamic State completes its conquest of Europe, all the crosses, icons, paintings, hymnals, organs, stained glass windows, and statuary in the churches will be destroyed. Some churches will simply be torched; others will be cleansed of their idolatry and converted to mosques.

There’s no indication that the following report from Austria describes crimes that were committed by a Muslim. The perpetrator may have been a disgruntled atheist, or a parishioner who had a grudge against those particular churches.

But I wouldn’t bet any money on it, if I were you.

New Year’s: Three chapels in the district of Braunau vandalized

Auerbach, Mattighofen, St. Radegund. Three chapels were ransacked on Silvesternacht in the Braunau district. The police suspect the same offender because of the similar offenses.

No evidence of motive or perpetrators has been confirmed by the police spokesperson Fulya Öncel. The fact is that on Silvesternacht [New Year’s Eve] a total of three chapels in the southern district of Braunau were vandalized in a similar way. Initially only the destruction of the pilgrim chapel “Heiliges Kammerl” in Unterinprechting in the municipality Auerbach was known. There were two Virgin Mary statues damaged, and all paintings were taken away and burned in a nearby forest. It was not the material damage that was great, but the principle: the paintings were largely brought by pilgrims as a thank you, and they told their story around the nearby spring, which is said to be have special healing powers. The memory chapel “Heilbründl” in Werfenau, in the municipality of St. Radegund, was also ransacked. Here, too, the perpetrators tore the images from the walls and burned them together with sacred objects and prayer books in the nearby forest. The police speak of another destroyed chapel during the New Year’s Eve in Mattighofen, but details are not yet known. The police assume that the perpetrator is the same.