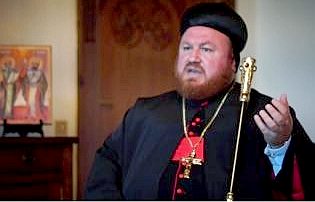 Below are excerpts from an interview posted by François de Souche with the Orthodox Syriac Archbishop of Mosul concerning the plight of Christians in Iraq since the rise of the Islamic State. Many thanks to Ava Lon for the translation:

Iraq. Bishop Nicodemus Daoud Sharaf: “Wake up. Do not accept refugees who have made us refugees here”

45 thoughts on “Archbishop of Mosul: “Don’t Accept Refugees Who Have Made us Refugees Here””