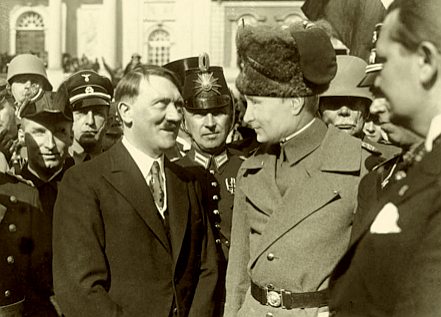 According to the German-language press, Russian President Vladimir Putin is not satisfied with just throwing the US election to Donald Trump: German security services are said to be expecting a Russian “hack” of next year’s parliamentary elections.

Many thanks to Egri Nök for translating this article from OE24:

Targeted sex mobs: this is how Putin plans to topple Merkel

The German Foreign Ministry is dealing with a new danger.

A high ranking official of the German security service warned that Moscow plans to sabotage the election for the Bundestag in 2017: “We will see an exertion of influence like we have never seen before.”

It is still in question how exactly Putin & Co. want to exert influence. Currently, there are several theories:

Gustav Gressel, an expert on Russia from the European Council on Foreign Relations, explained in the Bild newspaper: “A part of the refugees from Iraq and Syria, even if just a very small part, had connections to Assad’s or Saddam Hussein’s secret services.” These could now be used for heckling, Gressel is concerned.

“What, for example, would happen, if at a summer festival before the elections something similar like the Silvester night of Cologne repeats? How would this make Merkel look? What were the consequences for the Bundestag election? Of course this is an extreme example, but it is within the realm of possibility”, Gressel warns.

CIA: Putin rigged the elections for Hitler in 1933

Berlin, Moscow (dpo) — It is beyond doubt for most media that Vladimir Putin significantly influenced the US elections. Now it has surfaced that the Russian president apparently also had a hand in German politics: According to CIA analysis, during the Reichstag election in the year 1933, Putin rigged the election with targeted propaganda for the NSDAP candidate Adolf Hitler.

According to the report, Putin influenced public opinion in Germany by targeted propaganda and fake-news in the social network “cracker-barrel” and in the short message service “Advertising Column”, notably in favour of the National Socialists, who then gained 43.9 percent of the votes in their favour in the Reichstag election in March 1933.

The damage to Germany resulting from this is enormous to this day, while Russia emerged stronger from Hitler’s Chancellorship. Is Putin planning something similar for the Bundestag election in 2017? Will he bring Frauke Petry or even Sahra Wagenknecht to power?

Just how far the Kremlin’s influence reached in those portentous times is shown in further analysis by the CIA, which examined the Reichstag fire in the night of February 27-28: “The incident shows all characteristics of a false flag operation,” according to CIA director John O. Brennan. “Coincidentally, Kremlin Chief Putin has no alibi for that precise date. No one saw him.”

In the coming months the CIA also plans to analyse the famous Hitler Diaries, to track down further fake news that the Kremlin fabricated.

25 thoughts on “Putin to Hack the Bundestag Elections?”