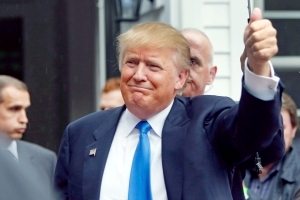 Well, I guess we won’t have Hillary Clinton to kick around anymore.

Like millions of other Americans, I woke up in a cheerful frame of mind this morning. Scrolling through a seemingly endless series of Daily Mail photographs of weeping Hillary supporters made my mood even lighter. Now all those Hillarites are going to have to make good on their promises and emigrate to Canada or New Zealand. The snowflakes flying out of California and New York will form a veritable blizzard heading for Vancouver and Toronto.

What a pleasant thought!

Early this morning Dymphna described herself as “limp with relief”. The results were so much better than either of us had expected.

Yes, Hillary can still litigate it, but she will have to contest several states, not just one like Gore did in 2000. And the argument that the Russians hacked the election will no longer fly. This is going to be a tough one for her to win, even with an Obama-packed court system.

So we can also expect violent mobs of Soros-paid thugs to take to the streets at every opportunity, much like #BlackLivesMatter, but without as big a racial component. Hang on for a bumpy ride, it’s going to last for many months…

Mark Steyn* was live-blogging election night, and among other things, he said this:

12.30am Eastern: Trump was right: It’s Brexit, and the polls (right up to this afternoon’s exit polls) were bollocks. And, as in Britain, the markets have shrieked in horror and hurled themselves off the cliff. Hillary had the money and the media, the ground game and the celebrities, and 100 per cent support from her party from the President down. And a fat lot of good it did.

11.40pm Eastern: Trump has just breached Hillary’s “blue wall” and won Wisconsin. Democrats are reported to be “subdued” over at the Clinton “party” in New York, but the court eunuchs at US Weekly are still drooling:

Katy Perry was there! And Amy Schumer! And Lady Gaga!

And all their presence — and Jay-Z’s and Bruce Springsteen’s and all the others with Hillary last night in Philly — all their glittering stellar presence does is emphasize Hillary’s remoteness from where and how non-stellar Americans live.

As I’ve said all along, the Dems would have done better with Bernie Sanders or Elizabeth Warren. You need a candidate who connects with people, not with Katy Perry.

If nothing else, he has done the republic a useful service by demonstrating you can wing an entire presidential campaign and still do better than Mitt [Romney] and the entire consultant-industrial complex.

Just think what the result would have been like if this election had been played straight — if there hadn’t been hordes of illegal aliens voting, with no armies of the dead stuffing the ballot boxes and no rigged voting machines.

Imagine there’s no media acting as a solid wall of disinformation promoting Hillary and demonizing Trump. It isn’t easy, but you can try.

What if the top leaders of both political parties hadn’t told the country that they could not vote for this evil demon from hell? What if the cultural mavens and Hollywood glitzoids hadn’t told Americans that a vote for Trump would mean the end of the world?

If the media were capable of reporting the news truthfully, if they were able to lay out all the facts in an objective fashion in news stories and present a variety of opinions when editorializing;

If the leaders of both parties had been able to say, “I respect the judgment of the American people; Mr. Trump’s popularity is instructive to us all”;

If college professors had been able to say, “The appeal of a populist shows that issues that are dear to the heart of the American people cannot be ignored by the political class”;

If all of these things had been possible, then the rise of Donald Trump would have been unnecessary. His campaign would never have gotten off the ground in the first place.

The corruption, mendacity, and totalitarian tendencies of the current elites on the one hand, and the popular appeal of Donald Trump on the other, are two halves of the same process. They are the Yin and Yang of our times. They arise mutually. One cannot exist without the other.

Now let’s discuss a neglected aspect of the 2016 election: the role of the American Celt.

I admit to a bias in this regard: my Scots blood runs strong in me. It makes me ornery and obstinate when circumstances warrant. And I’m married to an Irishwoman, which intensifies my fascination with all things Celtic. 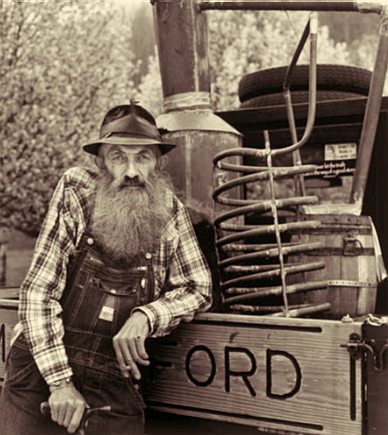 Back in April Apollon Zamp wrote at length here about the Scots-Irish in America. They form the backbone of this country. They have plowed its fields, mined its coal, and distilled its whiskey for more than three centuries. And above all they have fought its wars, over and over again.

But unlike the Irish of Boston, the Scots-Irish are not particularly political. They tend to be apathetic about voting, and don’t generally pay much attention the political winds swirling around them. 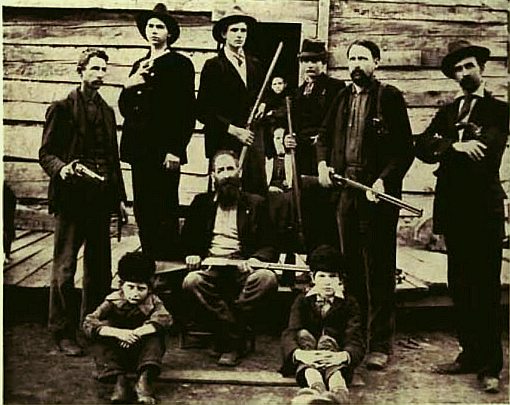 However, they are ornery. Orneriness is the predominant Scots-Irish characteristic. You can’t push a Celt around without expecting a much harder pushback. And if firearms are involved, the pushback can be lethal.

One of the early features of the primary season of this election was the uniform instructions being given to the American electorate by the leaders of both parties, TV talking heads, and anyone else with enough celebrity to gain media attention: The American people must not vote for Donald Trump! They were not allowed to. They were forbidden to do it.

I told Dymphna at the time: “They don’t realize it, but they just locked up the Celtic vote for Trump.”

Because you can’t tell a Celt not to do something. If you do, he is honor-bound to do it.

This is particularly true of the Scots-Irish. So all across flyover country, when those ornery people heard that they were being ordered not to vote for Donald Trump, then, by God, they went out and did it! Grizzled old grandpas and grandmas who hadn’t voted in decades, if ever, went down to the county seat and registered to vote, just so they could vote for the man they had been told they must not vote for. Their resolve was strengthened by the fact that their candidate, even with his Yankee accent, sounded a lot more like their own kind than all those fancy-pants *******s and ********s on television. So they went and voted for Donald Trump. Millions of them.

Anyone who wants to understand America must understand the Scots-Irish. It is my contention — without a shred of empirical evidence — that it was those ornery Celts from Appalachia, the Rockies, the Deep South, and the Heartland who put Donald Trump over the top.

I’ve never been a Trump fan. Some of his policies make me cringe. But for the past twenty years he has been staunch on immigration, which is the most important issue of our time. Ever since he called for a halt to Muslim immigration after the jihad massacre in San Bernardino, I have been enthusiastic about a Trump presidency.

But electing Trump made change possible. Not definite, just a slim hope. Not the fake hope ’n’ change of the Obamanauts, but real change, something that might, just might slow down our lemming-rush towards the precipice.

Real change was not possible with any of the others. From Jeb to Cruz, from Carly to Rubio, the only things on offer were slightly different flavors of the status quo. You could choose between Tweedledum and Tweedledee. And none of them could have beaten Hillary in the general election, in any case.

But now change is at least conceivable.

Trump can’t fix everything. He can’t solve the debt problem or prevent a collapse of the currency — that collapse is inevitable. But with shrewdly managed policies and widespread public support, it’s possible that the worst effects might be mitigated so that the country may conceivably avoid a descent into violent chaos.

Our chances are slim, but they exist. Under the Empress we would have had no chance at all.

This is one of those rare historic moments. The closest analogy I can think of is 1860. The country is bitterly divided, with a new president who is considered illegitimate by a large chunk of the political establishment.

But if it degenerates into violent conflict, it will be a real civil war this time. What we call “The Civil War” was in fact a sectional conflict, the War of Southern Independence. But this one will be an actual civil conflict between factions of a people divided against itself.

Dymphna sees more of a parallel with the election of 1824, however. She may be around later to elaborate on that theme.

128 thoughts on “Trumping Their Queen”