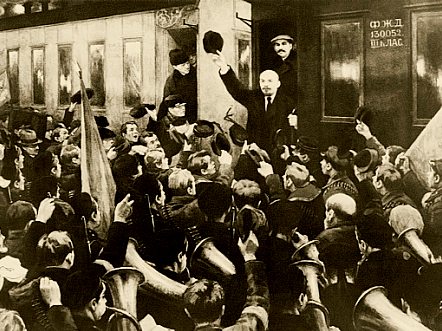 First of all, I must emphasize that I have no input to the transition team that is advising President-elect Donald Trump on his cabinet picks and other executive appointments. Nor do I know anyone who has input to the transition team. My ramblings here are simply a way to entertain myself and our readers while we wait to see the rest of the incoming Trump administration take shape in the weeks ahead.

As of today, I don’t have serious issues with any of Mr. Trump’s announced choices. If the opinions about Turkey held by retired U.S. Army General Michael Flynn are the worst problem we have to face in the new administration, I’d say we’ve gotten off lightly — especially when we compare the newcomers to their Obamanoid predecessors, who are even now shuffling off into the dumpster of history.

But just for the fun of it, let’s take a look at what Gen. Flynn said about Turkey shortly after the election (emphasis added):

Turkey should by a top priority in U.S. foreign policy, a top adviser to President-elect Donald Trump said Wednesday in an article that slammed Barack Obama for failing to understand Ankara’s geopolitical position.

“We must begin with understanding that Turkey is vital to U.S. interests,” retired Gen. Michael Flynn wrote for the Hill newspaper. He also called Turkey “a source of stability in the region”.

Flynn was a key national security adviser to Trump during his presidential campaign and is expected by many to be appointed to a Cabinet position, possibly as defense secretary.

The veteran general wrote that it was “an unwise policy” for the Obama administration to keep Ankara at arm’s length,

“We need to adjust our foreign policy to recognize Turkey as a priority. We need to see the world from Turkey’s perspective,” he wrote.

Noting the extradition request by Turkey of Fetullah Terrorist Organization leader, Fetullah Gulen, as one of the key points of contention between Washington and Ankara, Flynn suggested the U.S. handover Gulen.

Ankara has asked Washington to extradite Gulen for his role in establishing a quasi-state within Turkey that led a failed bloody coup July 15.

“What would we have done if right after 9/11 we heard the news that Osama bin Laden lives in a nice villa at a Turkish resort while running 160 charter schools funded by the Turkish taxpayers?” Flynn asked.

The former chair of the Defense Intelligence Agency suggested that although Gulen presents himself as a moderate Islamic scholar, he is a radical who “has publicly boasted about his ‘soldiers’ waiting for his orders to do whatever he directs them to do.”

Flynn compared Gulen to Ayatollah Khomeini — the leader of the Iranian revolution — urging the U.S. government not to repeat its mistake by supporting Gulen as it did Khomeini.

“Washington’s silence on this explosive topic speaks volumes when we hear the incredulous [sic — he meant to say ‘incredible’] claim that the democratically elected president of Turkey staged a military coup, bombed his own parliament and undermined the confidence in Turkey’s strong economy, just so that he could purge his political opponents,” he added.

Actually, I don’t find it all that incredible that Mr. Erdogan arranged for the ludicrous “coup” against himself. Events of that sort are not historically unprecedented. Does the general think that the lunatic Dutchman Marinus van der Lubbe just happened to think of setting fire to the Reichstag at exactly the most propitious moment for the Nazi Party and Adolf Hitler?

But leave that aside for now — let’s think about Turkey as a “source of stability in the region”. Such has been the fetish of America’s foreign policy boffins for the past seventy years or so — until Barack Hussein Obama and the geniuses at the State Department decided to try the opposite strategy, and topple every Sunni despot in the Middle East, thereby midwifing the creation of the Islamic State.

It’s important to remember that stability is not an end in itself. A stable authoritarian or dictatorial regime can indeed be useful, provided that it serves American interests. I’m not entirely certain that a stable Turkey ruled by a ruthless Islamic zealot serves American interests. This is a topic that should be carefully and prudently examined before making any decisions about the disposition of Fethullah Gülen.

As much as I would like to see Mr. Gülen consigned to an oubliette in Ankara, it must be emphasized that he is neither more nor less of an “Islamist” than is Recep Tayyip Erdogan. The two men hold similar ideological positions vis-à-vis Islam and political power, and are simply rivals vying for control of the Turkish state.

For that reason, a prudent executive would forgo returning Fethullah Gülen to the Middle East except as part of a “Finland Station” operation.

The reference is to the book To the Finland Station by Edmund Wilson, and to the arrival of Vladimir Ilyich Ulyanov, a.k.a. Lenin, at the Finland Station in Petrograd in April of 1917. Before I explain my proposal, a brief detour into the history of the Bolshevik Revolution is in order.

Conditions on the Eastern Front during the Great War caused unrest and mutiny among the military forces of Czarist Russia. Privation and suffering on the home front enabled the unrest to spread among the civilian population in Petrograd, Moscow, and other Russian cities. Popular discontent eventually forced the Czar to abdicate, and after the revolution of February 1917 a Provisional Government was established under the leadership of the revolutionary socialist Alexander Kerensky. However, the new government was committed to continuing the war against the Central Powers.

Kerensky was considered far too “bourgeois” by the hardcore Bolsheviks. Lenin, who had been trapped in exile by the outbreak of the war, fretted from Switzerland at his inability to affect the course of events in Russia. How could he possibly overthrow that milksop Kerensky from Zurich?

The moment was a hinge-point of history. Lenin’s interests happened to coincide with those of the Imperial German General Staff, and he entered into negotiations with the latter to arrange his return to Russia. He and a select group of his comrades were eventually transported in a sealed railway carriage across Germany to the Baltic, across the Baltic to Sweden, and from Sweden through Finland to Russia. Lenin arrived at the Finland Station in Petrograd in April of 2017, and immediately applied his revolutionary genius to the seizure of power from Kerensky and the Provisional Government. His intelligence and ruthlessness powered the October Revolution, in which a small minority of Bolshevik revolutionaries was able to wrest control from Kerensky and establish the Union of Soviet Socialist Republics.

It was an article of faith among the Bolsheviks that Europe, and indeed the entire world, was about to erupt in a spontaneous proletarian revolution against the imperialistic oppression of capitalism. Therefore there was no need for the new Soviet regime to continue the war, which was an unnecessary imperialist relic. The new government immediately called for peace negotiations with the Germans. An armistice was declared, and representatives of both sides — Germans, Austrians, and Turks for the Central Powers, Bolsheviks for the Russians — met to discuss terms.

The terms offered by the Germans were particularly harsh. Lenin wanted to accept them — he was certain that world revolution was imminent — but a majority of the Central Committee disagreed. Eventually Trotsky told the Germans that the Soviets were declaring a unilateral peace, with no territorial changes, and returned home.

The Germans took the opportunity to revoke the armistice, and launched a major military assault on the demoralized Russian forces. After the German army advanced far to the east, Trotsky hastily returned to the negotiating table. This time a majority of the Central Committee voted to accept German terms, which were even harsher than the previous ones. The Treaty of Brest-Litovsk between the Central Powers and the Soviets was signed in March of 1918. It provided for the annexation of Poland and the Baltic States by Germany, and detached Finland, Byelorussia, and the Ukraine from Russia, making them independent states. None of that disturbed Lenin, so certain was he that revolution was about to engulf Germany, Austria, Britain, France, and the rest of the West.

The “Finland Station” gambit by the Imperial German General Staff paid off. It was a shrewd calculation that brought enormous success. The Germans achieved victory on the Eastern Front, and the treaty would have won the war for the Central Powers if it had not occurred at the same time that the forces of the United States arrived on the Western Front.

Bearing all this in mind, why not return Fethullah Gülen to the Middle East in the 21st-century equivalent of a sealed railway carriage?

Perhaps the shrewd pragmatists of the new administration could have some quiet discussions with the Russians. What if Mr. Gülen were to suddenly appear in Damascus and form a “Turkish government in exile”, all with the blessing of regime of Bashar al-Assad? A modest financial investment and the delivery of some military equipment — maybe we could recover those arms we delivered to Al Qaeda back in 2011 — might provide a major distraction for Mr. Erdogan on his southern border. Dealing with Gülenist troops advancing towards Izmir could keep him occupied and out of our hair for a number of years.

Before you all drop on me like a ton of bricks: none of the above is serious. It’s just an entertaining fantasy, a way of looking at the alternatives to “stability” in Turkey under iron fist of Recep Tayyip Erdogan.

We need to see it from an American perspective. Period.

21 thoughts on “A Modest Proposal”