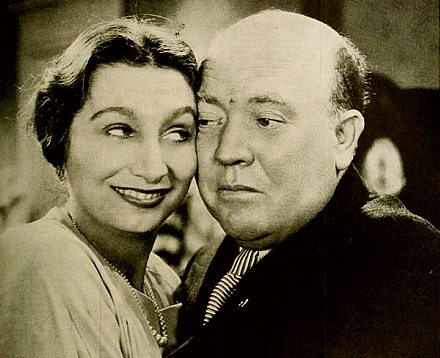 Because there is nothing different about ‘Europeans’, they are replaceable on a grand scale by anybody who happens to want to move into Europe (for Europe you can also read USA, Canada, Aus and NZ). That is the theory.

Cultural Marxist writers such as Edward Said accused the West of paternalism, and the West’s elitist lefties fell for it hook, line and toilet chain. Somehow the decision was taken that white Anglo-Saxon Protestantism (complete with adherents and add-ons), should be ethnically flushed down the cultural khasi.

Through the twenties and thirties the communists became more and more influential amongst a small cadre of wannabe intellectuals. Whilst most normal people recognised the extreme cruelty and lunacy of a Russian state gone psychopathic, our academic parasites gorged on the blood and venom.

A horrible game was played in which the extreme cruelty of the Holodomor could be retouched out of the news, and out of history, and Pulitzers were awarded for the best cover-up.

Communism was sexy and fashionable. It designated one as non-Babbitt (see below) as long as one was a player in the game of Marxist conformity. Babbitt was supposed to be a caricature of the typical US businessman who had starred in the post-war period and crashed because he was ‘unexceptional’ and mundane.

Communism therefore made one exceptional, and was a magnet for the socially ambitious looking for streetcar to Nob Hill.

The novel itself was a cruel takedown of the USA itself. It looked only at the speck in Babbitt’s eye whilst ignoring the (drunken) plank in its author’s, who described himself rather euphemistically as “a card-carrying socialist”.

Babbitts — that is, unbelievers in socialism — as seen through the hate-tinted spectacles of the Lewis and his ilk are as unremarkable as they are undesirable and they can thus be replaced by any mal-educated denizen of the Third World who will quickly assimilate into citizenship and render the ‘bigoted’ middle-class Babbitts surplus, to be disposed of on the junk heap of deplorable society.

Unfortunately those Lewises insinuated themselves into the political parties of the free world.

“This night presented Hillary Clinton as all things to all people. She was a passionate fighter who found plenty of time to spend with her family. She is for cops and for cop-killers. She likes the Founding Fathers and political correctness. She wants Democrats to be the party of working people and of elitist government technocrats. And, most especially, she cares about people like you.

“The convention, like everything about Hillary, was awkward and insincere.”

— From “Welcome to the Communist Party, U.S.A.” by Daniel Greenfield 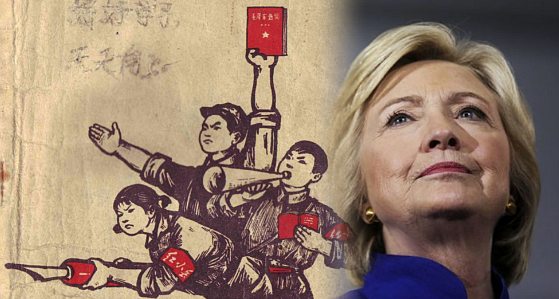 Western society is a ‘trust’ society based upon the idea that we are accountable for our actions, and not necessarily only to the temporal power. That trust is sacred, and is the foundation of why the West has won. When we chip away at that accountability we chip away at civilization itself.

There is a reasonable amount of evidence that Marx was a Satanist rather than an atheist, and that Communism and (National) Socialism are a Satanist plot to remove Christian ‘exceptionalism’ from the equation. This being so, then we get a picture building. Diana West paints a mural of communist infiltration in her book “American Betrayal” (see the sidebar), and a long march though the institutions culminating at the White House itself. It is unbelievable that a communist protégé should be elected into the top job, but it appears to have happened, and when we look at the chaos which has been sown throughout the last eight years one sees the pattern in its horrible clarity. 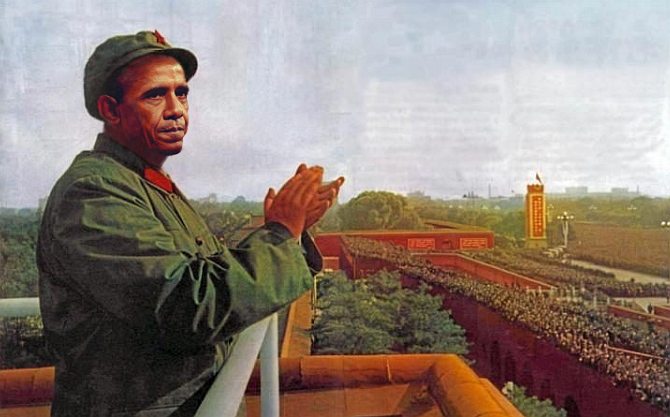 What we now have in the West is a ‘JR’ society where everything is permissible unless you get caught, and where getting caught is not a function of good policing, but rather the result of bad PR. We have #BlackLivesMatter as a terrorist organisation which is above the law and untouchable, because nobody will point the racist finger, and we have Clinton, a possible unindicted criminal, also above the law and still a presidential candidate. We, the rest of the world, who so rely on the integrity of the vote in the USA are scared…

As a direct consequence, the trust is betrayed and the society encompassed by that trust fragments. The clever thing here is that the cause itself is so hidden that even mainstream Christianity has become part of the problem.

The textual critics of the 19th century decided that the Bible was written after the Babylon exile (600 BC) and was largely mythology, so we see a new gospel creeping into Christendom, a social gospel, where ‘good’ (rapidly becoming political) works outweigh faith and mercy. A new political ‘Christianity’ abounds, based upon the idea that God is now a decrepit old man being pushed around in a wheelchair by fanatics and fundamentalists incapable of accepting modern dogma reality, where God’s definitions of good and evil are old-fashioned and that all opinions evolved to be of equal value.

As a Software Engineer I am very aware that my computer is made up of millions of on-off switches, but when I look at Yah’s programming language as seen in DNA, I see that it is based on 4 bits not two, and that the carbon atom, the backbone of the protein building-blocks mapped in the DNA is a 4-valent tetrahedral shaped entity, I put these together and I see another picture developing of a biological software-based mega-architecture.

My mind cannot handle a base-4 system, it being more complicated than a base-2 system by eight orders of magnitude.

The probability of a 4-bit software code mapping directly onto carbon chained molecules developing accidentally by evolution through billions and billions of years are impossibly small when compared to the quadrillions of options in a base-4 system, which is why the idea of panspermia has become popular amongst evolutionary scientists. At best panspermia is just kicking the can down the road. At its worst it is renaming the idea of “ In the beginning Yah created…” to prevent the general public from returning to the Bible and creationism. Over the last fifty years of scientific progress the faith required to still believe in neo-Darwinism has become religious in its intensity, but for most people that is not of the slightest interest. If it does not fit in a 5” X 2” screen, it does not exist.

The problem is quite simple in reality. The nations that adopted Christianity forged ahead and became powerhouses of progress. The question this raised is: Why? Either there is some truth in Christianity (unacceptable), or else those who adopted Christianity were in some way superior (nasty-racist). Or was it their white skin colour (irrational)?

Not a lot of choices here.

So mankind creates a belief system centred upon himself and makes war on Christianity (and Jooz). If you can’t beat the problem, destroy it….

So the tearing down of Christianity starts with the destruction of the Jews en mass, an act of grossest racism which centred on Europe, and was thus a tenuously linked showcase for supposed Christian ‘racism’. The National Socialists who did the deed were religiously androgynous, but one man was deified above all others and around him was built a sort of syncretic monotheism which included tame Catholic and Protestant churchmen (with notable exceptions). This failed humanism was a fabulous ethical and political weapon in the right hands; there were doctrinal elements within a totally demonized National Socialism that could be used to sling mud at just about everybody — excluding of course, the Marxists slingsters, whose memories are erratic and whose haloes are so tight they have a permanent migraine of hate.

So a dependent child religion grew out of this Marxism; the virtual religion of ‘non-whiteism’ where it is a sin to have a white skin, and the only way to redemption and salvation is to renounce all things culturally identifiable with said white skin.

This includes such things as free market capitalism, republicanism and democracy, rule of law, God, and the Bible, and the sanctity of human life. Unfortunately the result is a murderous mess.

When the electoral system breaks down, then the government becomes a mafia…

We inherited the ideas of the sanctity of human life and one LAW for all from the Hebrews and their Torah, a fact often forgotten by those whose global purview is of Jewish bankers ruling the world. It is these two memes that shaped the world of the Christians and means that I can freely criticize my betters (those more powerful than I) whilst protected under one law for all. But under the laws of Marx, Hitler, Mohammed, Obama and Clinton, I am condemned to Kowtow, and to keep stumm and krumm (yes, I admit to a Yiddish influence) or face prison and death.

But I live in Israel, a free country. If I were still in UK the country of my birth or parts of Europe, I would be risking all sorts of nasty retribution(s) merely for admitting to reading a website such as this, let alone contributing. In Yehuda Street in Jerusalem, one commonly gets stopped and preached at by evangelical Christians. It is unpleasant but mostly harmless. Personally, I don’t believe that Yah changed his mind halfway through the book and invented the ‘church’, but each to her own. However, there are many evangelical political and religious groups who see unbelievers as a threat, to be violently squashed. To them the lives of their critics have no value; but their silence has. I don’t mind people criticizing my God — He is big enough to take it, and He does not require me to defend Him. Especially not by breaking His rules and murdering the unbelievers (or gaoling them alongside of those who do murder their critics).

Do you know what? I really want to be a Babbitt, I want to live on Main Street and I want to live in a Judeo-Christian civilization. I don’t want to go to Church on Sunday, but I am happy to let others do so, I don’t want to ‘concealed carry’, but I respect the rights of others to so do. I am happy for people of all sexual persuasions to have a consenting sexual life in private. I don’t want to tell anybody how to live their life, but at the same time, I too, am entitled to live my life in freedom according to my conscience and to be accountable to my God when I die.

Note: Main Street (1920) and Babbitt (1922) were influential novels by Sinclair Lewis which mocked the American way of life in a most destructive way. His alternative answer was, of course, communism and its associated bread queues (see Venezuela). But one should read Siegel’s Revolt Against the Masses first. Lewis and other ‘liberal progressive’ writers essentially wanted a new feudalism where they were the self-appointed new aristocracy. Clinton would have felt very comfortable in their company.