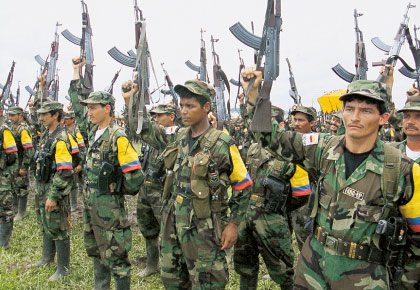 Probably many people woke up and noticed, among many other things, that “NO” to modern authoritarianism won two great victories. In Hungary (although the turnout didn’t reach the 50% threshold, the “NO” vote was at 95-98%) and in Colombia.

After a very close vote (which the MSM is trying to interpret as a “betrayal of the rural parts of the country”) the “NO” won with approximately 50.2% of the vote in the plebiscite to approve the peace accords signed in Havana.

Soon enough people began blaming other factors — dissatisfaction with Santos’ policies, abstentionism (which was, while still high, not as high as it was for example in the presidential elections that put Mr. Santos into office), and even a storm that prevented people on the Caribbean coast from voting. However, judging by the reactions in social media, I can say that the voters who had no arguments whatsoever were those who supported the President.

Another important phenomenon was the “Ghost No” vote. Such a vote was comprised of people who refused to vote, or cast invalid ballots, hoping to sabotage the plebiscite and keep it from reaching the threshold (13%), or simply not voting out of self-preservation (public employees, paranoid students and similar groups).

This is by no means an exhaustive analysis of yesterday’s vote, but I hope it will serve as a useful outline.

I, for once, will celebrate the fact that in my pessimism regarding this specific plebiscite I have been proved wrong.

See this BBC report for more on the Colombian referendum.

3 thoughts on “The Other Referendum”