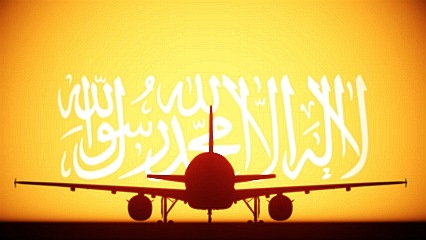 The following article concerns the increasing problem of “radicalization” among culture-enriching Air France employees. Its description of Roissy Airport remind me of Heathrow. The last time I flew into London, it seemed that at least half the ground crew and airport staff sported bushy Salafist beards or wore full hijab.

Many thanks to Ava Lon for translating this piece from Le Figaro:

In an article published on Wednesday, the Canard enchaîné identified several “anomalies” before the departure of many commercial flights. These incidents, which are related to radicalized individuals, were denied by the airline

Attempts to sabotage commercial flights, the words “Allahu Akhbar” on airplanes, a Roissy agent who refuses to guide a plane piloted by a woman… In its edition dated Wednesday [October 5], the Canard enchaîné lists a series of disturbing incidents concerning allegedly radicalized employees of Air France. Contacted by Le Figaro that evening, the airline denied the allegations and denounced the “unfounded rumors” and “false information”. “No malicious act on a commercial flight Air France has ever been confirmed or even identified as such,” says the airline.

In the satirical weekly, an intelligence officer reported a “dozen people under surveillance” in the group. “Concerning Air France, we found several anomalies before the start of several commercial flights. They are akin to sabotage,” says this particular source. The company, on the other hand, is optimistic and assured us that “our personnel like our clients are absolutely safe.”

However, according to the Canard enchaîné, flight commanders repeatedly found that the relay motor, intended to support the commands from the cockpit, showed damage. The alarm fortunately worked and the malfunction has been resolved. According to the intelligence services, who conducted their investigation, the incident would have been intentional, and the person responsible is an employee of Air France who converted to Islam and has since moved to Yemen. Also according to the satirical newspaper, two employees of the airline who are related to this man, later doctored several evacuation slides for the Air France aircraft. Because a lack of evidence, the two men were moved to “less sensitive” positions in the name of the precautionary principle.

Moreover, during a flight from Los Angeles to Tel Aviv via Paris, Israel was removed from Geovision system that allows passengers to track in real time the movement of the aircraft, and replaced with “Gaza”. The log traced back to an employee of the service company responsible for program screens. As a final item, Canard relates another incident: tags reading “Allahu Akhbar” were found on kerosene filling hatches on forty aircrafts. In one case, the captain used his “right of withdrawal”, and the plane remained grounded.

In the final case, the police would have investigated, reports the Express, to conclude that the tags had been attached during stops in North African countries, not in Roissy. In addition, a source close to the case cited by the weekly, assures that “No major incident of this type occurred. They are more marginal incidents which stem from behavioral problems.” And this source cited the example of an employee refusing to guide a plane piloted by a woman: “This case sounds more like an urban legend than a fact. Air France has assured us that they had no knowledge of such a case.”

Beyond the single issue of Air France, the Roissy airport hub is a particularly sensitive point for the intelligence services. There are there about 90,000 employees in nearly 900 companies. Each employee must have a “red badge” issued by the intelligence services to move freely within all or part of the airport. Now, according to the Canard enchaîné, the prefecture responsible for the security fired 73 [employees] since the attacks of 13 November 2015. Note that this figure does comprise not only cases of radicalization.